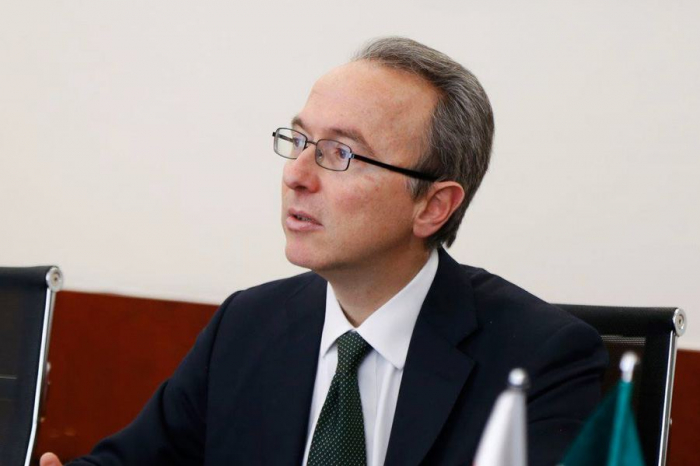 During the Georgian Foreign Relations Committee hearing, Italian Ambassador to Georgia, Enrico Valvo spoke about the necessity of facilitating Azerbaijani gas supplies to Europe, AzVision.az reports with reference to 1tv.ge.

Valvo stressed the importance of transporting Azerbaijani gas to Europe.

"Georgia plays an important role in diversifying energy supplies. In this regard, our efforts to reduce our dependence on Russia, including the facilitation of the transportation of Azerbaijani gas to Italy, Greece or other countries, are important,” Valvo said.

In addition, the ambassador touched on the Georgian Prime Minister's announcement of a regional engagement aimed at expanding cooperation between Georgia, Azerbaijan, and Armenia.