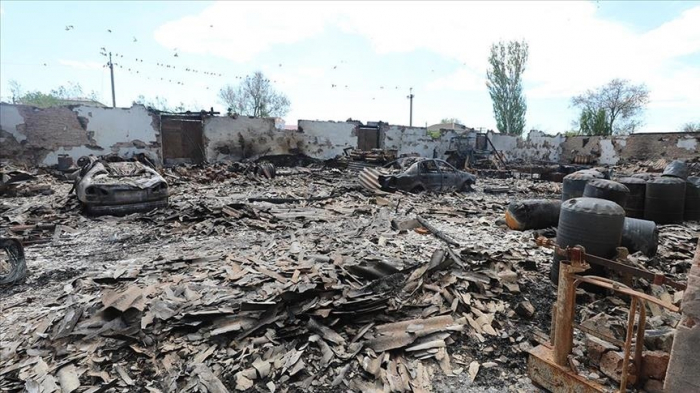 At least 28,300 Russian soldiers have so far been killed during the war in Ukraine, the Ukrainian Defense Ministry announced on Wednesday, AzVision.az reports citing Anadolu Agency.

Some 400 Russian troops have been killed over the past 24 hours, the ministry said in a statement.

The Russian forces suffered the "greatest losses" over the past day in the eastern Slovyansk, central Kryvyi Rih and southeastern Zaporizhzhia areas, it said.

The Russian Defense Ministry, in a statement on March 25, confirmed that 1,351 Russian troops were killed in Ukraine.