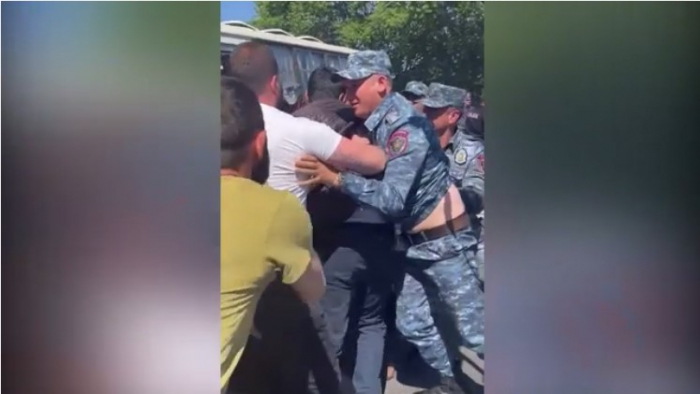 One of the protesters, who walked over the bus near Hrazdan Stadium, was detained. A brawl erupted between the protesters and police forces while the latters were trying to take the detainee to a police department.

Law-enforcement forces managed to restore the traffic on the road.

Protests against the Armenian government have been going on in Armenia since mid-April, and in early May they became widespread. The opposition demands the resignation of Prime Minister Nikol Pashinyan.