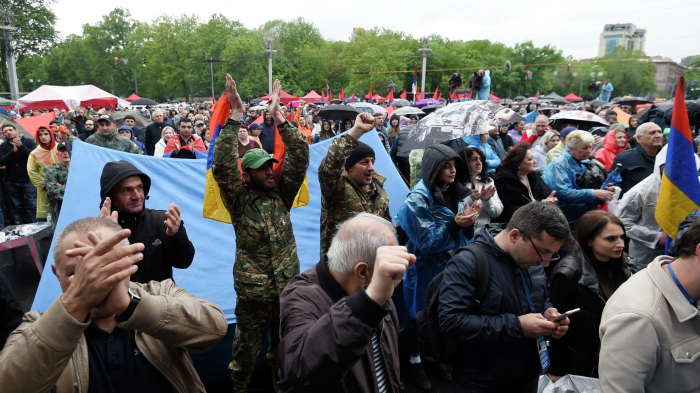 The activists began to march to Baghramyan 26, where a meeting of the presidents of Armenia and Lithuania is scheduled.

The protesters are going to tell the Lithuanian president that Armenian Prime Minister Nikol Pashinyan has no mandate to negotiate on behalf of the Armenian people.

Protests against the Armenian government have been going on in Armenia since mid-April, and in early May they became widespread. The opposition demands the resignation of Prime Minister Nikol Pashinyan.