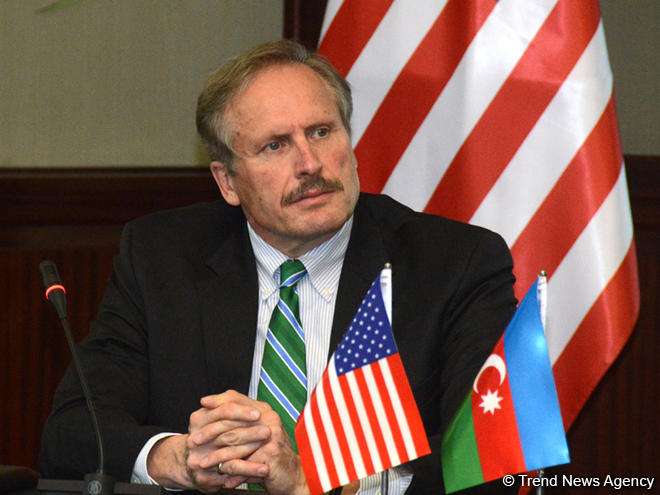 Azerbaijan and the US have established relations that are of great benefit to Europe and other countries as well, said former US Ambassador to Azerbaijan Robert Cekuta.

"Years of strong partnership between the US and Azerbaijan, as President Biden notes in his Independence Day message to President of Azerbaijan Ilham Aliyev, are bearing fruit at a critical time," diplomat said.

"Having worked together and realized energy projects over the years (some of which skeptics said could never be built) our countries have developed a relationship that are of great benefit for Europe and other countries and are very important global energy security," he added.

According to Cekuta, as the world re-awakens the threats to the safe flow of energy that we all need, Azerbaijan could play an important role in this and in the coming years.

"Our energy partnership is the foundation upon which we can and must continue to build our future relationship, as noted in President Biden’s letter," Cekuta noted.

"Now is the moment to build lasting peace in the South Caucasus. The President is explicit in saying the US can and wants to help build that peace. According to President Biden, the US is ready to help intensify diplomatic engagement between Azerbaijan and Armenia," he added.

"President Biden also noted that the US is ready to help Azerbaijan develop the economic, transportation, and people-to-people connections that will lead to the prosperity of Caucasus and Trans-Caspian region," diplomat said.

"This is something I know many Azerbaijanis have long wanted and it is very important that both Azerbaijan and Armenia took advantage of this opportunity and interacted with the US," the former US ambassador concluded.