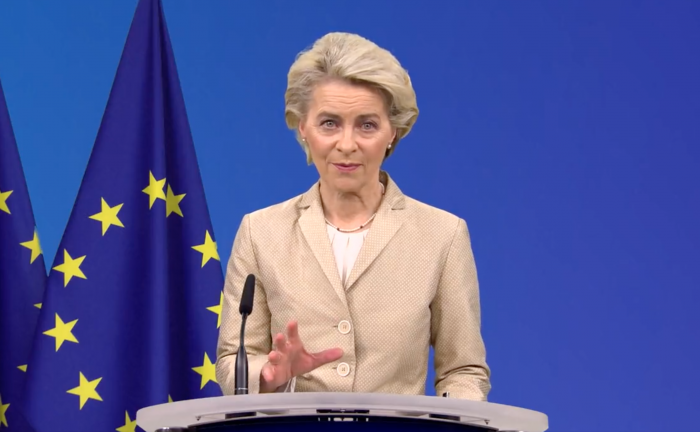 Speaking at the World Economic Forum in Davos, Switzerland, Ursula von der Leyen said that the EU “should leave no stone unturned” for Ukraine’s reconstruction, “including if possible, the Russian assets that we have frozen.”

According to von der Leyen, Russia is “treating millions of people not as human beings but as faceless populations to be moved or controlled or set as a buffer between military forces, trying to trample the aspirations of an entire nation with tanks.”

This “aggression must be a strategic failure,” she said, stressing that “Ukraine must win this war.”

She promised that the EU and international partners “will hand in hand help Ukraine rise from the ashes”, even if it would require “colossal work.”

Following the proposal of the European Commission, the EU will create an international donation platform, jointly managed by the EU executive body and Ukraine, that will combine reform and investment, she said.