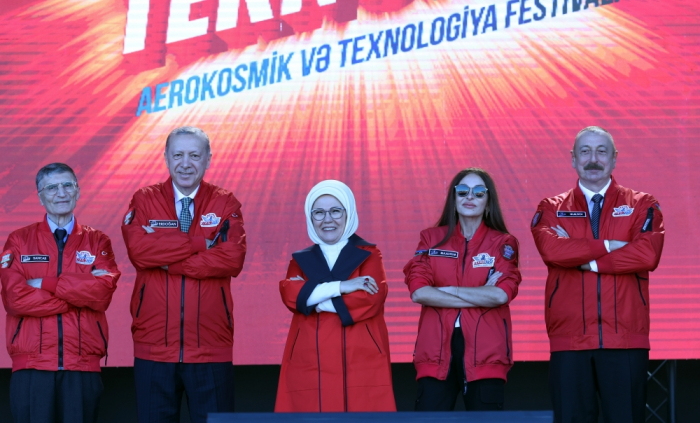 “We have realized TEKNOFEST, which is the world’s most famous aviation, space and technology festival, in Baku under the slogan "One nation, two states, one festival," President Recep tayyip Erdogan said.

"We will continue to open up new horizons for our youth in several such projects together with Azerbaijan, and advance our national technology together," the Turkish President Tweeted.

"In Azerbaijan with Akinci," the Turkish president said in his another post.