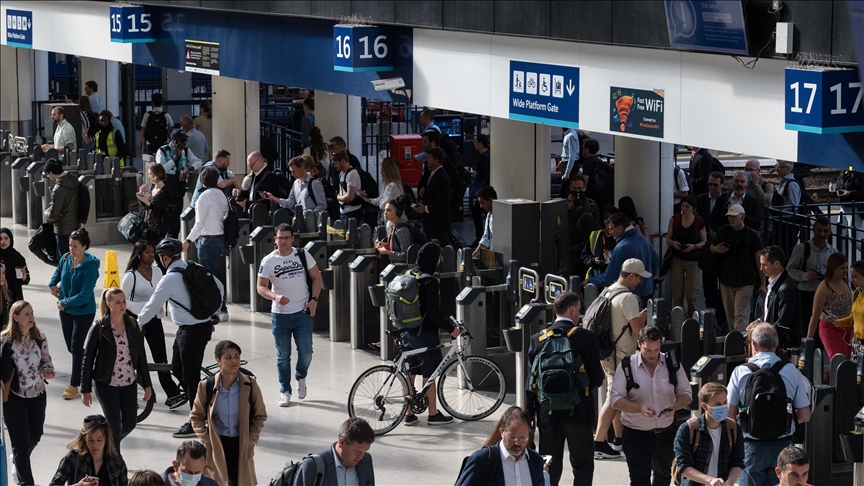 Britain has come to a complete standstill from early hours of Tuesday as thousands of rail workers have started an industrial action, leaving the rail network running with a skeleton service, while the country’s airports have already been paralyzed for more than a month due to staff shortages.

The strike by the Rail, Maritime and Transport (RMT) union, the biggest action the UK has seen in the past 30 years, will see three days of walkouts on Tuesday, Thursday and Saturday this week.

The first of the walkouts has come into action as 40,000 union members have stopped working from the early hours of Tuesday. Many train operators in England, Scotland and Wales have canceled most of the trains.

The action went ahead as the RMT and the government failed to reach an agreement over wages on Monday afternoon.

“The RMT national executive committee has now found both sets of proposals (from Network Rail and from the train operating companies) to be unacceptable and it is now confirmed that the strike action scheduled this week will go ahead,” Mick Lynch, the RMT general secretary, said in a statement.

“It is clear that the Tory government, after slashing £4 billion of funding from the National Rail and Transport for London, has now actively prevented a settlement to this dispute,” he said.

The rail companies “have now proposed pay rates that are massively under the relevant rates of inflation,” Lynch said, adding the “companies are also seeking to implement thousands of job cuts and have failed to give any guarantee against compulsory redundancies.”

He accused the government ministers as the lastminute talks failed.

“For those that have no choice but to come in, it will be extremely difficult tomorrow and I think the public will understandably want to know why they are being put in this position,” said a statement from Prime Minister Boris Johnson's spokesman.

“We believe we are seeking to offer a fair and reasonable pay rise and modernise the railway services for the long term, and we need to get rid of some of these outdated rules and procedures, some of which have not been updated for decades and which don’t serve the public.”

The London’s metro service is also almost completely shut on Tuesday, as 10,000 workers walked out alongside the action by the rail workers.

Most of the London Underground will be closed on the same days as the rail workers are striking. The service is not be expected be on its 100% until next Monday.

Thousands of commuters will rely on their own vehicles, buses and other means of transport, or many of them will work from home to avoid the chaos in the city.

The situation in the UK airports, which is caused by the lack of luggage handlers, is not getting any better, on top of the industrial action.

Heathrow Airport, the biggest airport in the country, has asked air companies to cancel 10% of their flights as the baggage that cannot be handled causes backlog on flights, and thousands of people see their flights canceled at the last minute.

The situation is similar in Gatwick, Stansted, Liverpool, and Bristol airports.

Easyjet, a UK budget airline, said it was canceling as many as half of its flights planned for the summer.

Many baggage handlers preferred not to go back to their work after the COVID-19 pandemic restrictions and lockdowns during which most of them were asked not to work as no flights were leaving or landing for long months in 2020 and 2021.