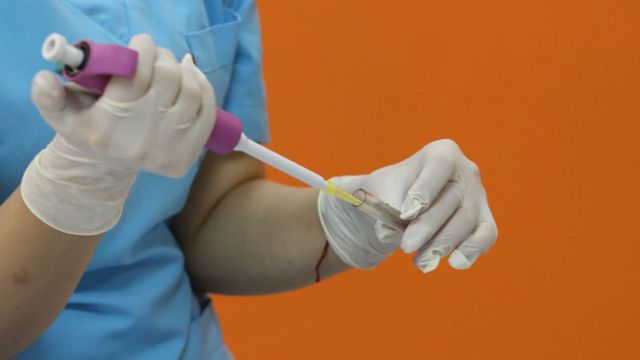 Russian scientists have uncovered a new strain of the Crimean-Congo hemorrhagic fever (CCHF), the press service of the Sechenov University told TASS on Tuesday.

"A new strain of the Congo-Crimean hemorrhagic fever (CCHF) has been discovered in the south of Russia," the report said.

According to the World Health Organization (WHO), this virus is transmitted to humans mainly by ticks and livestock. It can be transmitted from person to person by contact with blood, secretions or other bodily fluids.

The Sechenov University noted that the main and most dangerous symptom of the Congo-Crimean hemorrhagic fever is internal bleeding, also known as internal hemorrhaging. "The disease itself develops rapidly; in severe cases, sudden liver or lung failure can occur after five days of the illness. Death occurs in about 30% of cases, as early as in the second week of the illness. Different versions of the virus cause various severities of the disease," the press service added.

The university noted that the epidemiological situation with the Congo-Crimean hemorrhagic fever in Russia is difficult. According to scientists, outbreaks are regularly recorded in the Stavropol Region, Rostov, the Astrakhan and Volgograd Regions, Kalmykia, Dagestan, Ingushetia, Karachay-Cherkessia and Kabardino Balkaria. The virus is widespread in a number of countries in Africa, the Balkans, the Middle East and some Asian states. However, there is no vaccine to protect humans or animals against the virus. Treatment is limited to supportive symptomatic therapy.