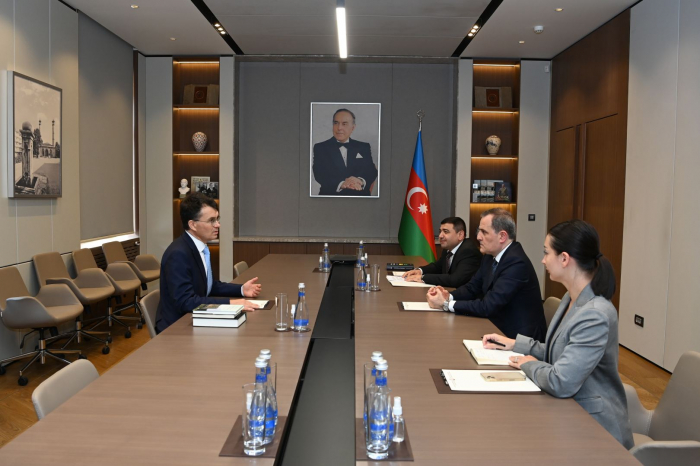 At the meeting, Hess presented Bayramov with his book "Heritage of the city of Shusha. The historical path of development of the cultural capital of Azerbaijan".

The scientist noted that the main purpose of the book is to acquaint readers with the rich heritage of Karabakh and Shushа in the history of literature and culture of Azerbaijan. He stressed that the book will serve as a reliable source for those who conduct scientific research related to our country.

The Foreign Minister expressed his gratitude to Michael Hess. He emphasized the importance of foreign specialists, scientists conducting research related to the Karabakh region of Azerbaijan, and noted the high value of the book from this point of view. The minister also noted the importance of translating a book published in German into other foreign languages.

Bayramov wished the German scientist success in his future activities.