US fighter jet blown off aircraft carrier in Mediterranean 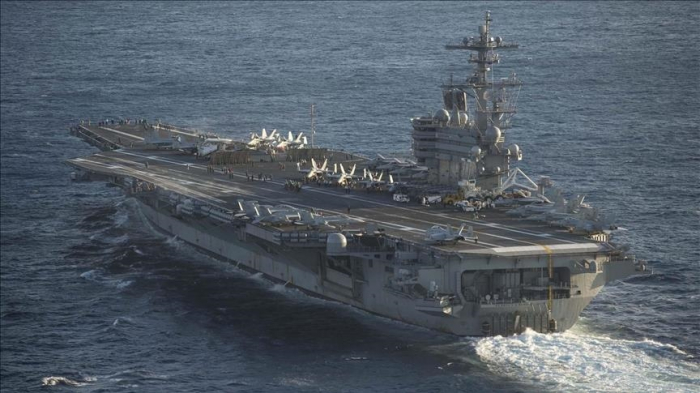 A US Navy Super Hornet jet on USS Harry S. Truman aircraft carrier​​​​​​​ blew off the ship due to "unexpected weather" in the Mediterranean Sea, according to the Navy.

"One Sailor received minor injuries while conducting operations during the unexpected heavy weather. The Sailor is in stable condition and expected to make a full recovery," US Navy 6th Fleet Command said in a statement on the incident that took place on Friday.

The carrier was conducting a replenishment-at-sea, which was terminated through established procedures, the statement said, adding that the carrier and embarked aircraft remain "full mission capable."

Details and the cause of the incident are under investigation.​​​​​​​