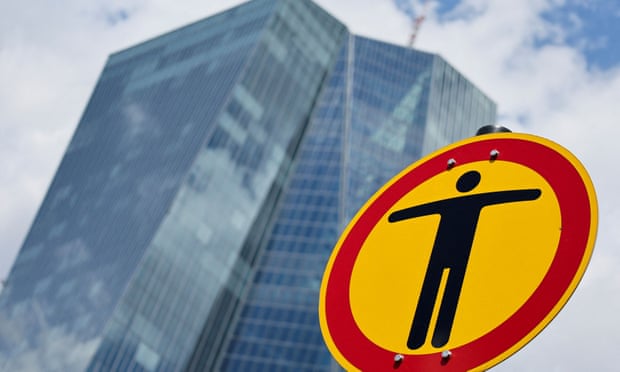 The European Central Bank (ECB) has raised interest rates for the first time since 2011 to tackle eurozone inflation that increased to 8.6% last month, AzVision.az reports citing the Guardian.

In a surprise move the ECB pushed its base rate up by 0.5 percentage points, after economists had expected a smaller 0.25 point hike.

Joining the US Federal Reserve and Bank of England in the fight against inflation, the ECB said the increase was necessary to limit the pressure on prices over the next two years.

It said: “The governing council decided to raise the three key ECB interest rates by 50 basis points. Accordingly, the interest rate on the main refinancing operations and the interest rates on the marginal lending facility and the deposit facility will be increased to 0.50%, 0.75% and 0.00% respectively, with effect from 27 July 2022.”

In the run-up to the decision the euro continued to fall against the US dollar, which is expected to get a further boost next week when the Fed could increase its main interest rate by 0.75 points.

The Bank of England is also expected to press ahead with another rise in August.

ECB officials have come under pressure from German, Dutch and Austrian officials to increase borrowing costs despite concerns that debt financing costs would escalate for southern European members of the euro currency bloc.

The collapse of Italy’s government earlier today increased the cost of Rome’s borrowing and put pressure on the ECB to step up its “anti-fragmentation” programme, designed to protect countries that come under debt financing stress.

Recession concerns have helped push the euro to a 20-year low against the dollar, which adds to the ECB’s inflation-fighting task by worsening already high energy prices. Oil is among many commodities priced in dollars.

“At the same time, headline inflation is still increasing and in our view will only come down gradually towards the end of the year, if it comes down at all. In hindsight, the very gradual and cautious normalisation process the ECB started at the end of last year has simply been too slow and too late.”

The Bank of Japan earlier on Thursday maintained ultra-low interest rates and signalled its resolve to remain an outlier in the policy-tightening wave.