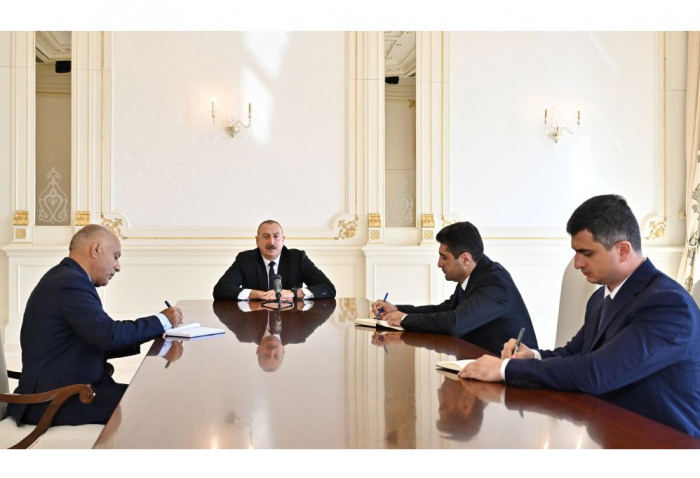 “In recent years, as a result of the implementation of the State Program on the socioeconomic development of the regions, extensive improvement and construction work has been carried out in all our districts, major infrastructure projects have been implemented, and most of the problems that had disturbed our people for many years have been resolved,” said President Ilham Aliyev as he received heads of executive authority appointed to Goygol, Lerik and Masalli districts.

“Electricity supply, gas supply, road infrastructure, irrigation, drinking water and social infrastructure projects have been implemented, modern hospitals, medical centers and many schools have been built in every district. Of course, all these have made a tremendous contribution to the socioeconomic development of the districts. After all, there can be no development without infrastructure. We have implemented infrastructure projects that weren’t implemented even in Soviet times. In particular, there was no gas supply in Lerik district during the Soviet era. On my order, Lerik now has gas supply. Since these three districts are located in the mountains, problems related to arranging gas supply there are a little more serious than in other districts, of course. However, by doing all these things we have improved people's well-being as much as possible,” the head of state noted.