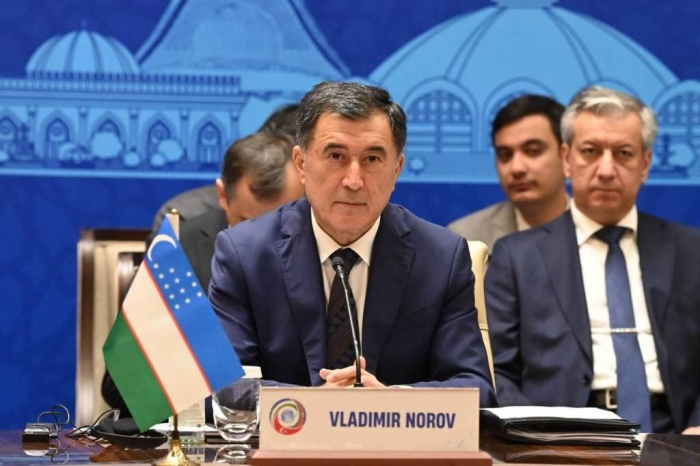 The Tashkent Declaration defines the major priorities for the near future, Acting Foreign Minister of the Republic of Uzbekistan Vladimir Norov said at a press conference following the first meeting of the Azerbaijani, Uzbek, and Turkish Ministers of Foreign Affairs, Economy and Transport in Tashkent on August 2, AzVision.az reports.

He said that the first meeting of the ministers of foreign affairs, economy, and transport of Uzbekistan, Azerbaijan, and Türkiye has confirmed the importance of working together and focusing on achieving practical results to ensure the sustainable development of the three countries.

"As an outcome, we have signed an important document – the Tashkent Declaration, which defines the main priorities for the near future. Our subsequent meetings in this format shall be more fruitful and contribute to the even greater rapprochement between our friendly countries," Norov stated.