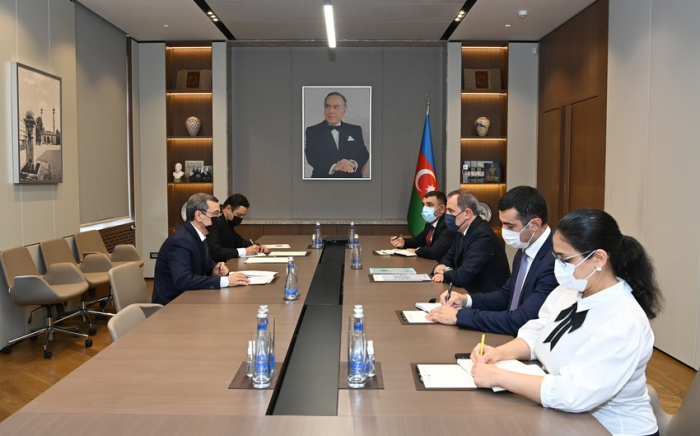 The diplomat presented a copy of his credentials to the minister.

Bayramov congratulated the ambassador on his appointment. The minister noted that friendly and fraternal relations with historical roots between Azerbaijan and Turkmenistan have reached a new stage of development and emphasized the importance of high-level mutual visits, dialogue, and signed normative-legal documents between our countries in recent years. The issues arising from the approval of the Convention on the legal status of the Caspian Sea and the importance of developing a partnership between the two countries in this regard were emphasized.

The ambassador conveyed the warmest greetings of the Minister of Foreign Affairs of Turkmenistan, Rasit Meredow, and highly appreciated the current state of relations between the two countries, noting the efficiency and positive dynamics of mutual activity and partnership. He expressed his satisfaction with the ties between our peoples and countries based on historical, cultural, and ethnic unity. He said there is potential for further development of cooperation in political, economic, trade, and transport spheres and emphasized that he will not spare his efforts.

The meeting also paid attention to issues such as the participation of our states in regional cooperation formats and mutual support in international organizations.

The minister wished the ambassador success in his work to develop Azerbaijan-Turkmenistan relations.