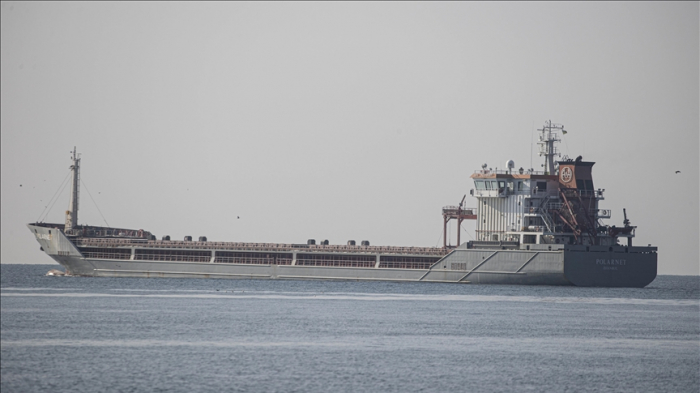 Three more ships carrying grain and foodstuffs set out from Ukrainian ports on Friday under a recent landmark deal, according to Türkiye’s National Defense Ministry.

The first ship, Panama-flagged Navistar, departed the port of Odesa for Ireland with 33,000 tons of grain, said the ministry in a statement. The ship will undergo inspection at the Joint Coordination Center (JCC) in Istanbul before it continues to sail to its final destination.

The second ship, Malta-flagged Rojen, left the port of Chornomorsk with 13,000 tons of grain for the UK, the ministry said, adding it is also being monitored by the Joint Coordination Center.

The third ship, Türkiye-flagged ship Polarnet, which was waiting at the port of Chornomorsk, sailed to the Karasu port in northwestern Türkiye. The ship, which is carrying 12,000 tons of grain, reaches Karasu, will also be inspected by a joint team in Istanbul.

Meanwhile, Turkish National Defense Minister Hulusi Akar said a Barbados-flagged merchant vessel, Fulmar S., headed to the port of Chornomorsk from Istanbul on Friday to collect grain from Ukraine after its inspections in Türkiye.