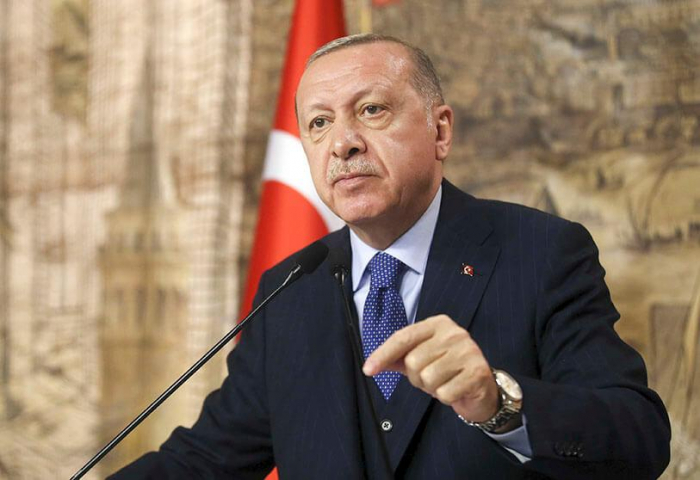 Two days ago, my brother Ilham Aliyev and I had a conversation2wa about the situation in Karabakh, Turkish President Recep Tayyip Erdogan told journalists after returning from a trip to Sochi, Russia, AzVision.az reports.

"First of all, we condemn the attack that led to the martyrdom of one of our Azerbaijani brothers. Karabakh is a territory located within the internationally recognized borders of Azerbaijan. Azerbaijan naturally does not want any illegal armed elements in its territory. Almost two years have passed since the tripartite declaration. It is important for Armenia to fulfill its obligations here as soon as possible," Turkish President said.