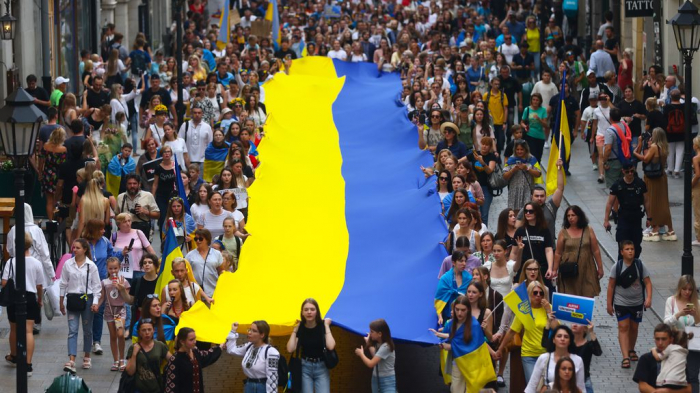 Hundreds of Ukrainians march through Paris, France, to mark their country's independence day and support their soldiers.

In Berlin, Germany, people rally for Ukraine and hold a candle-lit vigil in front of Brandenburg Gate.

In Rome, hundreds of people, including many Ukrainians based in Italy, took to the streets to mark the 31st anniversary of Ukraine's declaration of independence from the Soviet Union.