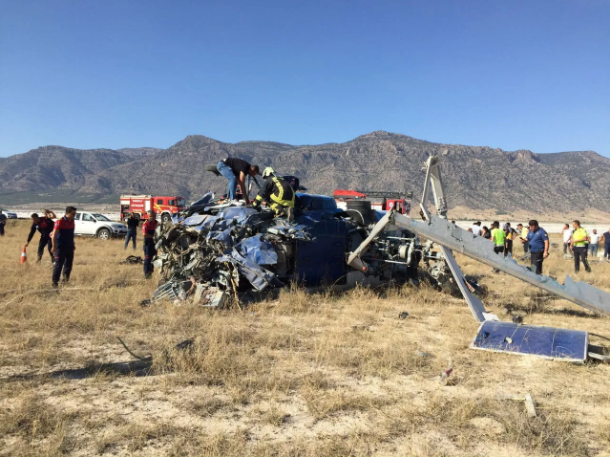 Ali Fuat Atik told Anadolu Agency that the aircraft crashed near the town of Cardak, injuring one person, and rescue teams were directed to the region. "... I'm going to the scene," he said.

"There is information that seven personnel were onboard," Yilmaz said, adding that rescue efforts have begun.