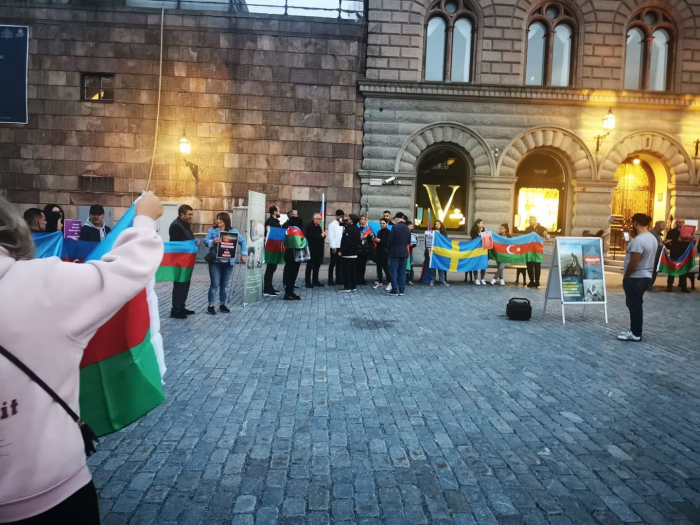 Azerbaijani community in Sweden held a picket in front of the Riksdag (Swedish Parliament) on Stockholm's Mynttorget square, the State Committee for Work with the Diaspora of Azerbaijan told reporters.

The rally participants protested against the recent large-scale provocations committed by the Armenian armed forces units on the border with Azerbaijan and took a stand against Armenia's aggressive policy. 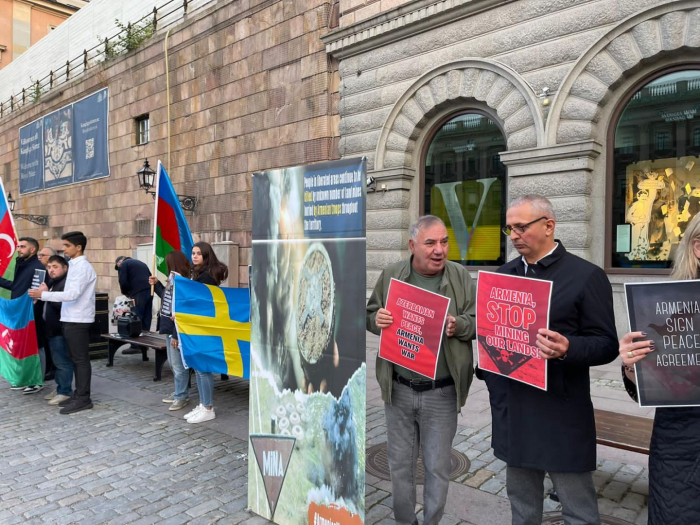 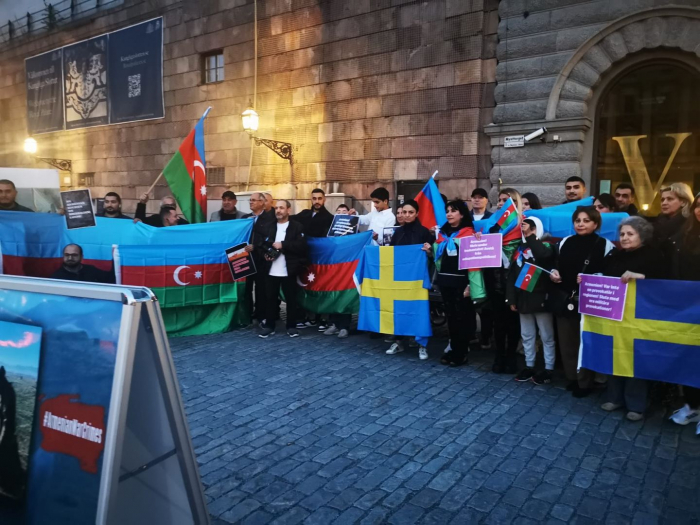