US should not devalue Türkiye's importance - Turkish FM 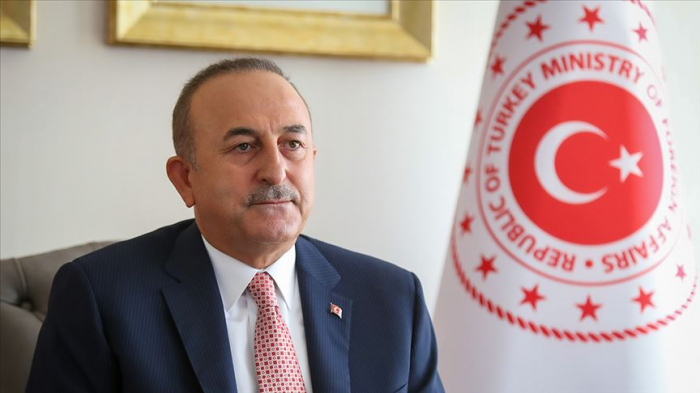 Citing the historic grain deal reached this July in Istanbul, which unblocked Ukrainian exports to the world, Foreign Minister Mevlut Cavushoglu said: "In foreign policy areas, when we look at U.S. priorities, Türkiye remains not one of the most important actors, but the most important actor. So the U.S. should not belittle Türkiye's importance by just saying 'the grain deal is done, thank you.'"

Turning to the Türkiye-U.S. strategic mechanism established last October, he said the two nations should resolve issues and boost cooperation, which he said: "is the goal."

"We need to take concrete steps, too," he added.

Cavushoglu also said Türkiye was the focus during talks with his counterparts last week on the sidelines of the United Nations General Assembly, adding that most spoke highly of Turkish efforts in the Russia-Ukraine crisis, including the grain deal and a recent prisoner exchange.

Some 60% of world conflicts including Afghanistan and Syria have been happening around Türkiye, he said, adding: "We're working to minimize the impact of crises."

Last October, meeting in Rome, President Recep Tayyip Erdogan and his U.S. counterpart Joe Biden agreed to establish a strategic mechanism that promotes high-level dialogue and addresses issues on which Türkiye and the U.S. do not fully agree, along with issues they are working on.

During a visit this April to the Turkish capital Ankara by Victoria Nuland, the U.S. undersecretary of state for political affairs, the Türkiye-U.S. strategic mechanism was launched.