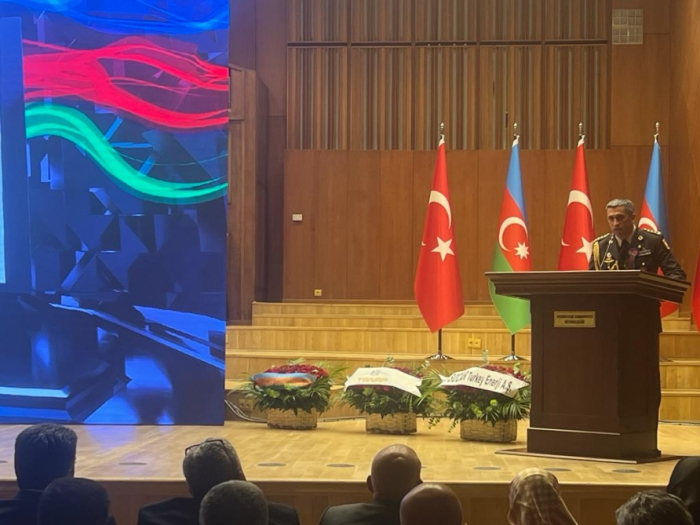 Azerbaijan’s embassy in the Turkish capital Ankara held a commemoration ceremony Tuesday for its soldiers who sacrificed their lives in the Karabakh War, AzVision.az reports citing Anadolu Agency.

“We liberated our territories from occupation in 44 days at the cost of the lives of young martyrs. There are no more Azerbaijani refugees or immigrants," Rashad Mammadov, Azerbaijan's Ambassador to Türkiye said on the occasion.

The singing of the Turkish and Azerbaijani national anthems signaled the start of the ceremony, which was held in the historic hall of the Presidential Symphony Orchestra (CSO).

Versus from the Muslim holy book, the Quran, were recited in honor of the soldiers, and footage from Azerbaijan's second Nagorno-Karabakh War was shown on a screen.

Mammadov recalled that “as a result of the defeat of the Armenians, we lost martyrs when attacks on the villages and cities where Azerbaijani Turks lived increased.”

“Our lands began to be liberated from the occupation according to the order given to the army by its greatest commander, President Ilham Aliyev.”

Mammadov noted that despite losing, the Armenian side did not comply with the negotiated deal, saying "they don't move the needle on a deal for peace between our nations."

He said Azerbaijan had rebuilt the Karabakh region after it had been freed from Armenian rule, adding the history of Azerbaijan has been lost in that area, but they are restoring it.

"Roads, infrastructure, and smart villages and cities are all being built or will be built," he added.

"Unfortunately, martyrs will always exist. May Allah show mercy to our fallen soldiers. The people of Azerbaijan will always remember their martyrs," he added.

The ceremony was attended by President of the Turkey-Azerbaijan Inter-Parliamentary Friendship Group and AK Party deputy Samil Ayrim, soldiers serving in the Azerbaijani army, relatives of the fallen soldiers, veterans and visitors. 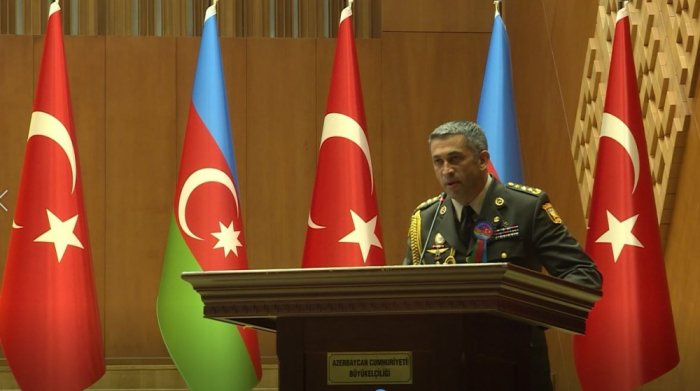