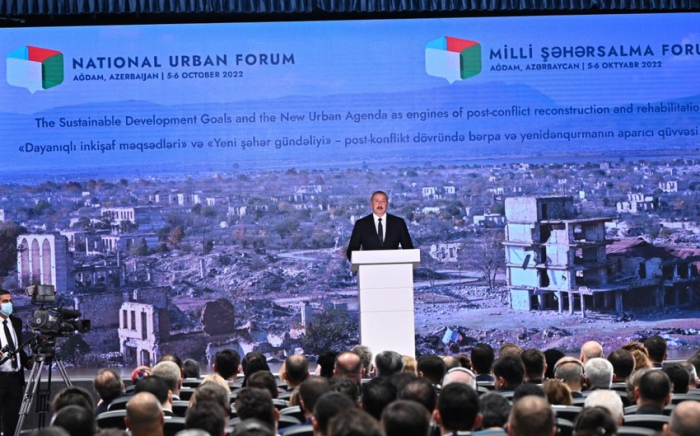 Armenians planted more than one million mines during the times of occupation, Azerbaijani President Ilham Aliyev said at the opening of the National Urban Forum in Aghdam, AzVision.az reports.

The head of state said that Armenia continues this policy of terror against Azerbaijan and Azerbaijanis.

"Now Azerbaijan is facing a tremendous challenge - to return as soon as possible the former refugees and IDPs to their homeland," President Aliyev said, adding that one of the biggest complications are landmines.

He noted that since the war ended, over 250 Azerbaijanis have been killed or seriously injured as a result of mine explosions.

"Unfortunately, the figure is growing every week. Just last week we had two killed and three seriously injured. Armenians planted more than one million mines during the times of occupation. And this policy of terror against Azerbaijan and Azerbaijanis continues," the head of state added.