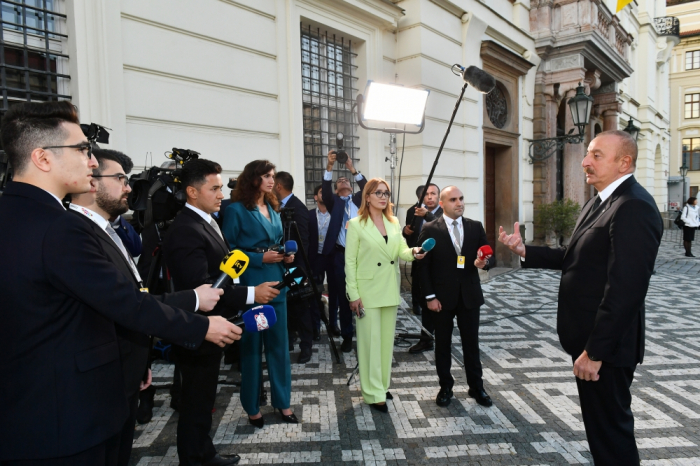 “European Union countries are our main trading partners. Of course, the growing role of Azerbaijan in the geopolitical space manifests itself in the economic sphere, as well as in the sphere of investments,” said President Ilham Aliyev in an interview with Azerbaijani TV channels in Prague.

Noting that the number of contacts between the European Union and Azerbaijan had increased in recent months, the head of state gave a high assessment to that.