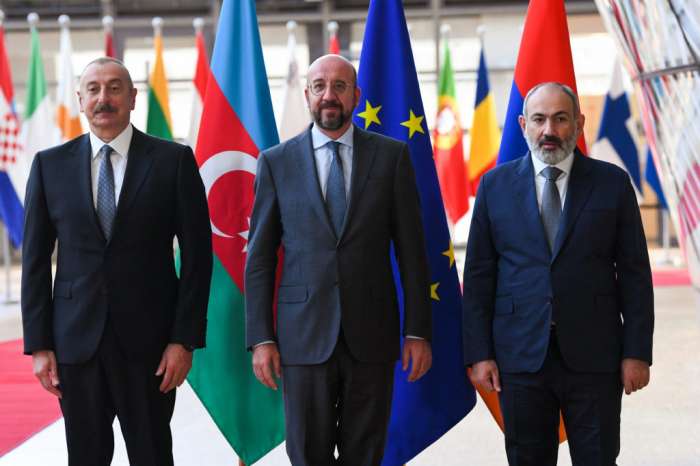 It has been a while since the end of the 44-Day Karabakh War, and the image of the traditional mediator in Armenia–Azerbaijan normalization has been shifting. After Azerbaijan liberated its lands using politico-military means, it became clear that the OSCE Minsk Group, which had been mediating the conflict resolution for nearly three decades to no avail, is effectively defunct. Since the 44-Day Karabakh War, the Azerbaijani side has repeatedly emphasized that “the conflict is resolved,” which leaves the OSCE Minsk Group without its raison d’etre. On a positive note, the Minsk Group could look for a new role for itself in post-conflict rehabilitation, facilitation of Armenia–Azerbaijan normalization, and other relevant issues relating to the post-conflict era.

With the OSCE left in shambles, a new trend is emerging, with the EU attempting to upend the old state of affairs. The increased activism by the European Union (EU) to facilitate the process of normalization between the parties is noteworthy. Historically, the EU has mostly remained in the background in matters relating to conflict resolution in the South Caucasus, having left the initiative mostly to the OSCE and Russia to mediate between the parties in the most critical period of the [former] conflict. Although the OSCE Minsk Group co-chair institute consisted of France and the United States alongside the Russian Federation, the tacit acknowledgement of the latter’s leading role in regional affairs in the South Caucasus has always been present. This was the case when Russia once again took the lead to mediate the signing of the November Statement (11/10/2020) between Armenia and Azerbaijan.

Since the meeting between Azerbaijani and Armenian leaders held in Sochi on November 26, 2021, the EU has demonstrated increased interest in the facilitation of normalization between the two countries, although the decisions taken by the EU mediation team mostly have built on existing agreements, including those agreed in November 2020, on January 11, 2021, and in November 2021 in Sochi. In this connection, the first meeting, which took place in Brussels on December 14, 2021, delivered important outcomes, including those relating to the opening of economic communications, delimitation and demarcation of the state border, demining, and humanitarian issues.

The second meeting on April 6, 2022, in Brussels further emphasized the importance of the above issues, but this time took matters one step forward. It was agreed to convene a Joint Border Commission by the end of April 2022. This would be in charge of the delimitation of the border between Armenia and Azerbaijan. Moreover, progress was also made in the facilitation of signing a peace treaty between the two countries. In this regard, the Final Statement of European Council President Charles Michel following the April 6 Brussels meeting reflects the agreement to instruct the Ministers of Foreign Affairs of both countries to work on the preparation of a future peace treaty. Later, on April 11, 2022, the first ever official direct telephone contact happened between the Ministers of Foreign Affairs of the Republic of Azerbaijan and the Republic of Armenia. The two ministers had an opportunity to discuss matters related to the preparation of a future peace treaty, the convening of the Joint Border Commission, and humanitarian issues. Another landmark achievement in this regard was Azerbaijan clarifying the locations of two checkpoints on the border with Armenia adjoining Qubadli district (Eyvazli village) and Zangilan district (Qazanchi village).

However, despite the agreements reached in April 2022 in Brussels about the commencement of the Joint Border Commission by the end of April, the Azerbaijani side reported that Armenia refused to join the meetings on the Armenia–Azerbaijan border that were planned for the end of April and mid-May. Azerbaijan even reported completing the composition of its delegation to participate in the discussions. As the paragraphs below also suggest, meetings took place in late May and late August, without much progress.

The third round of talks, on May 22, 2022, in Brussels, also became instrumental in the promotion of the post-conflict agenda between Armenia and Azerbaijan. Specifically, the parties agreed to further work towards progress on border issues, connectivity and signing the peace agreement. Moreover, the EU also pledged to “take forward with both parties the work of the Economic Advisory Group, which seeks to advance economic development for the benefit of both countries and their populations.” The decrees of both President Ilham Aliyev and Prime Minister Nikol Pashinyan on the establishment of the relevant commissions on the delimitation of the state border between the Republic of Azerbaijan and the Republic of Armenia on May 23, 2022, the day after the third round of talks in Brussels, became another step in the right direction. On May 24, 2022, the first meeting of the Border Commission took place with the participation of the Deputy Prime Ministers of Azerbaijan and Armenia, Mr. Shahin Mustafayev and Mr. Mher Grigoryan, respectively, along the Armenia–Azerbaijan inter-state border.

The latest, fourth round of talks was held on August 31, 2022, also in Brussels, a day after the second meeting of the border delimitation and demarcation commission on August 30, 2022, in Moscow. Among other important issues discussed in Brussels, such as border delimitation, humanitarian issues, and the opening of all communications, the most notable one was related to the signing of the peace agreement. In the aftermath of the meeting, the Foreign Ministers of Armenia and Azerbaijan were tasked to start working on draft texts of the peace treaty within one month; if implemented, this would have been a serious step forward in the post-conflict normalization process.

However, events that followed the fourth, rather optimistic round of negotiations in Brussels dealt a blow to the meager progress that had been achieved. On September 12–14, the Armenia–Azerbaijan border witnessed the most serious escalation since the 44-Day War, causing hundreds of deaths and injuries on both sides. Even before the recent outbreak, Azerbaijan repeatedly expressed its disappointment with the changing narrative and mood of Armenia’s leadership when it comes to the implementation of the agreements reached so far, in particular the November 10, 2020, and January 11, 2021, Moscow agreements. Official Baku considers this an attempt to sabotage the post-conflict peace agenda and kick the can down the road, especially in the wake of Armenia’s earlier acceptance of the five-point principles proposed by Azerbaijan that, among others, strongly underscored the need to mutually recognize and respect each other’s territorial integrity and sovereignty.

The little progress that is made on the political track is, however, often challenged by the persistent revanchist forces in Armenia, who seek to challenge the existing post-44-Day Karabakh War reality by regularly taking their dissatisfaction to the streets. Thus, the recurring opposition protests in Armenia against making peace with Azerbaijan certainly add more difficulty to the advancement of the peace agenda, making the reactions of the Government of Armenia unpredictable. To make matters worse, in his recent address to the United Nations General Assembly, Armenia’s Prime Minister Nikol Pashinyan hurled accusations at Azerbaijan about having territorial claims against Armenia and his speech was not constructive vis-à-vis the existing commitments, including those achieved via the mediation of the European Union.

Nonetheless, Pashinyan’s later interview on 1 October with Armenia’s public television sent a different message: “No one is ready to recognize the independence of Nagorno-Karabakh, just as no one is ready to recognize Karabakh as part of Armenia. And we need to recognize this fact.” Moreover, among other things, he also noted that “Karabakh may not be mentioned in the peace agreement with Azerbaijan”, and that comprehensive peace is indispensable for comprehensive and guaranteed security. In this interview, Armenia’s Prime Minister also implied that his country was ready to work on the peace agreement and partake in substantive negotiations on the text of this agreement. A day later, on 2 October, 2022 Foreign Ministers of Azerbaijan and Armenia finally met in Geneva in accordance with the outcomes of the Brussels meeting on 31 August, 2022 that tasked the parties to start working on the text of the peace treaty.

Another important development in the peace process became the quadrilateral meeting that took place between leaders of Azerbaijan and Armenia with the participation of the EU Council President Charles Michel and the President of France Emmanuel Macron on the margins of the first meeting of the European Political Community held on 6 October 2022 in Prague. The meeting which entailed heavy deliberations and was held in two parts delivered an agreement on some important issues, including, mutual recognition of each other’s sovereignty and territorial integrity based on the UN Charter as well as the Alma Ata 1991 Declaration. Moreover, Armenia agreed “to facilitate a civilian EU mission alongside the border with Azerbaijan”, while Azerbaijan agreed ‘to cooperate with this mission as far as it is concerned”. This mission is to start in October and last for two months with the aim “to build confidence and, through its reports, to contribute to the border commissions”. It was also decided that the next meeting of the border demarcation committee is to be held at the end of October 2022.

The decision to send a civilian mission to the border between Armenia and Azerbaijan “for strengthening confidence and contributing to delimitation” was taken on October 11, 2022, at the meeting of the Political and Security Commission of the EU. Other details of the mission (number of people, participating countries, the dates, etc.) are to be decided.

The new round of talks between the leaders of Azerbaijan and Armenia with the EU mediation is scheduled to take place in November 2022 and the recent events raise hopes that, despite all the bumps along the way, the next round of talks could be a gamechanger for the implementation of the already existing commitments and moving the post-conflict normalization process forward.

Dr. Esmira Jafarova is a Board Member of the Center of Analysis of International Relations, Baku, Azerbaijan. 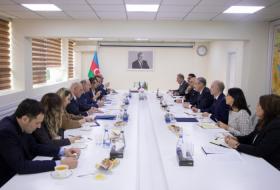