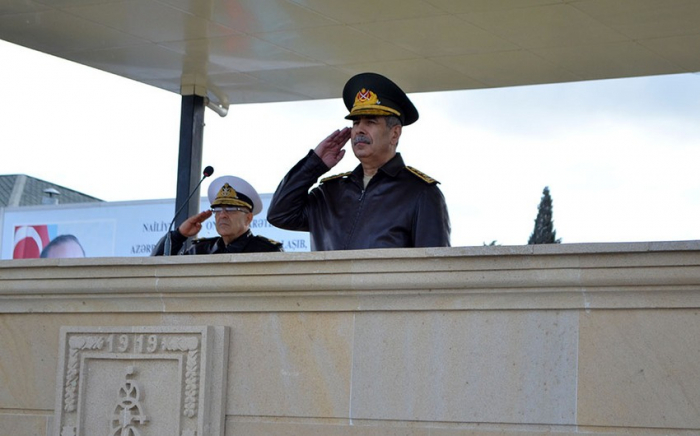 Minister Hasanov made the remarks while speaking at the regular graduation ceremony of the "Basic Course of Marine Commando" and "Underwater Stormtrooper Special Forces" held at a military unit of the Navy.

He stressed that the courses will have a beneficial effect on improving the individual skills of marines and special forces. The new reforms carried out after the second Karbakah War contributed to the formation of a professional army.

Congratulating the graduates and all personnel on the forthcoming Victory Day, Hasanov wished them success in their service.

He thanked the Turkish officers and the entire corps for the high level of organization and conduct of the courses, which also involved professional Turkish instructors.