Members of Azerbaijani diaspora protest against anti-Azerbaijani resolution in Paris 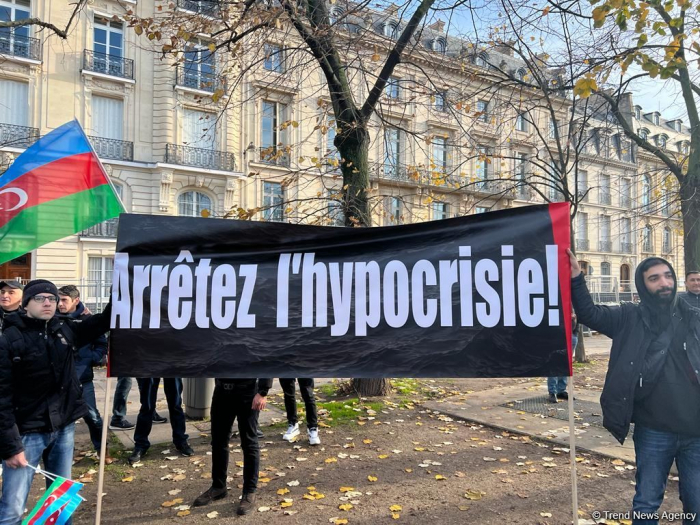 In Paris, a protest against the adoption of the anti-Azerbaijani resolution is being held in front of the National Assembly of France, AzVision.az reports.

Information about it is spread on social media.

The protest is related to the submission for discussion of the draft resolution against Azerbaijan in the Assembly of France (lower house of the French Parliament).

Previously, on November 15, France's Senate (the upper house of the French Parliament) adopted the resolution calling for the imposition of sanctions against Azerbaijan.