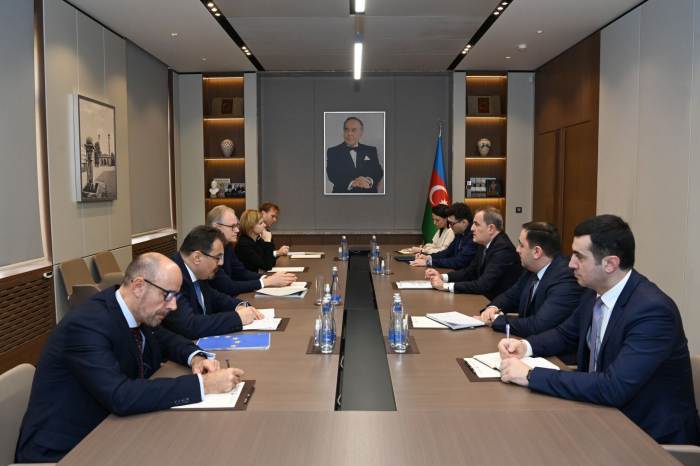 The sides exchanged views on various aspects of Azerbaijan-EU cooperation, the normalization process between Azerbaijan and Armenia, collaboration prospects on agreements with the EU in energy security, communication and transport, as well as on regional developments.

Bayramov briefed Siebert on Azerbaijan’s peace efforts, Armenia’s destructive attempts against this process, its violation of the trilateral statements, an incomplete withdrawal of Armenian armed detachments from Azerbaijani territories, Armenia’s abuse of the Lachin corridor for military purposes, and existing landmine threat.

During the meeting, the officials addressed other issues of mutual interest as well.