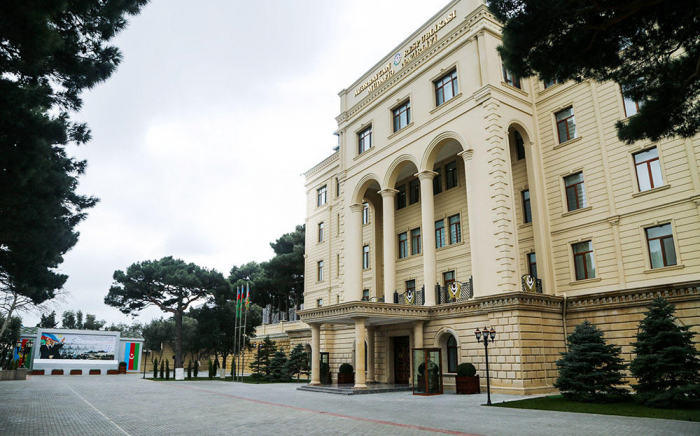 The disdainful attitude of the peacekeeping contingent of the Russian Federation towards Azerbaijan’s appeals is regrettable, the Azerbaijani Defense Ministry said in a statement on Tuesday, AzVision.az reports.

Due to the fact that the names of Azerbaijani settlements in the territory of the Republic of Azerbaijan are mentioned with fictitious Armenian toponyms, including the usage of the “Nagorno-Karabakh territory” expression, we would like to emphasize once again that this is INADMISSIBLE.

“We call on the peacekeeping contingent of the Russian Federation not to use the noted inaccurate wording in official information, and we hope that our call will be respected. Moreover, we demand the correct mention of our country’s name on the map published by them,” the ministry stated.

“We consider it our duty to remind once again that in the official information of the peacekeeping contingent of the Russian Federation dated 29.11.2022, published on the official page of the Ministry of Defense of the Russian Federation, the territory referred to as the “Nagorno-Karabakh territory” is the Karabakh economic region, and the official names of Azerbaijani settlements mentioned as “Mardakert” and “Martuni’ are AGHDARA and KHOJAVAND, respectively.”

“The information of the peacekeeping contingent that Azerbaijan Army Units allegedly opened fire in the direction of Shusha, as a result of which two people were wounded, is unfounded and completely false. We categorically deny this information,” added the ministry.