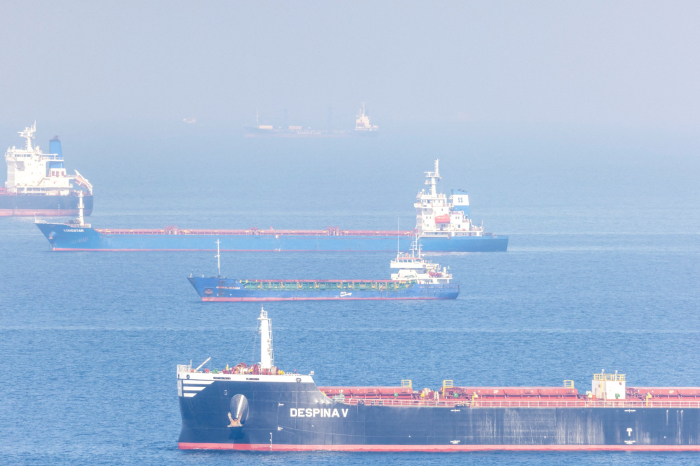 More than 12 million tons of grain have been transported by 501 ships through the "grain corridor" created through Türkiye’s efforts to eliminate the risk of a “food crisis” caused by Russia’s invasion of Ukraine.

As a result of Ankara’s intense diplomacy traffic, a Joint Coordination Centre (JCC) was established in Istanbul in coordination with the United Nations last July to follow the safe transfer of grain products.

Accordingly, the first ship loaded with grain departed from Odessa's port on Aug. 1, thanks to the meetings of National Defense Minister Hulusi Akar with the relevant parties and the intensive work of the JCC.

The Sierra Leone-flagged dry cargo ship Razoni, which is the first ship to leave the Ukrainian ports within the scope of the agreement covering 120 days, sailed toward the Lebanese Tripoli Port with 26,000 tons of corn.

Following these, the ships named Mustafa Necati, Star Helena, Glory, Riva Wind, Sacura, Arizona, Ocean Lion, Rahmi Yağcı and Sormovskiy 121 set sail from the war-shadowed country’s ports, and the number of ships leaving reached 17 as of Aug. 13. Most of the ships reached ports in Türkiye such as Tekirdağ, Iskenderun and Izmir.

Within two weeks after the departure of the first ship, the number of ships leaving Ukrainian ports reached 25 and the amount of grain transported exceeded 800,000 tons.

The agreement, which was reached as a result of the efforts to prevent a food crisis around the world, included not only the departure of the ships from the Ukrainian ports but also the shipment of grain to the Ukrainian ports by the ships controlled in Istanbul. Accordingly, the first ship to go to Ukraine after being controlled from the Bosporus was the Barbados-flagged Fulmar S. The ship picked up 12,000 tons of corn from the Chernomorsk Port and transported it to Türkiye’s Izmir.