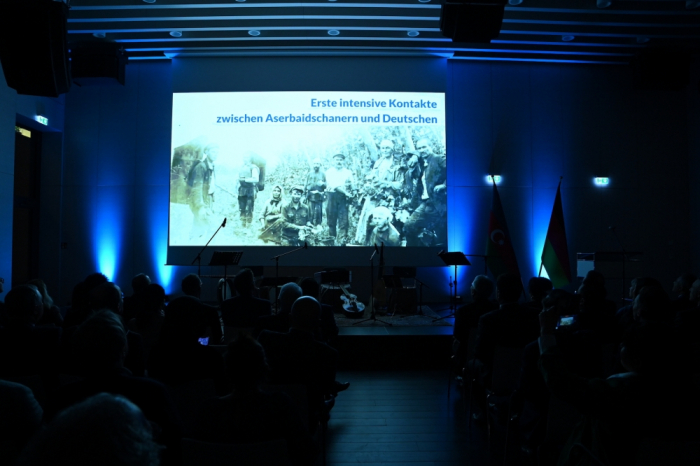 The Embassy of Azerbaijan in Germany has organized an event entitled "German traces in Azerbaijan" dedicated to the establishment of the 30th anniversary of diplomatic relations between Azerbaijan and Germany, AzVision.az reports.

The event featured the presentation of “German traces in Azerbaijan” film produced by the Azerbaijani Embassy in Germany. The film highlighted the German heritage in Azerbaijan and drew the audience’s attention to the efforts of the Azerbaijani state towards preserving this legacy.

Speaking at the event, Azerbaijani Ambassador to Germany Nasimi Aghayev highlighted the history and current state of relations between the two countries.

Representative for Eastern Europe, Caucasus and Central Asia of the German Federal Foreign Office Matthias Lüttenberg also touched upon the Azerbaijani-German relations, saying that the bilateral relations between the two countries are developing dynamically.

Then, Fuad Akhundov, a guest speaker from Baku, made a presentation on "German traces in Azerbaijan". He highlighting the historical aspects of the resettlement of Germans to Azerbaijan, the German settlements founded in the country, the life and activities of the German community living there, as well as their participation in social and political life of the country.