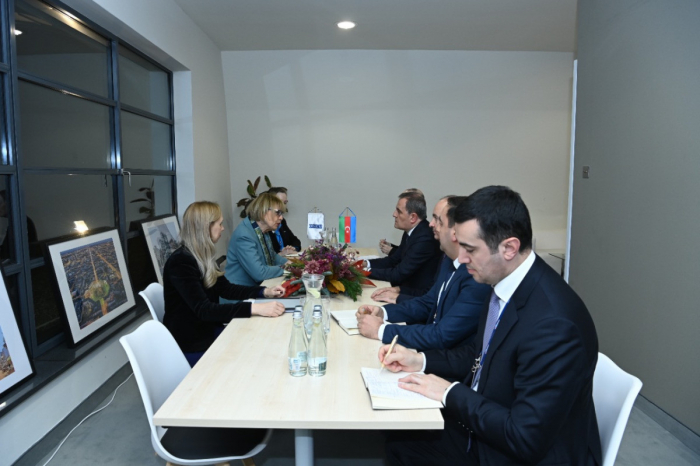 Minister of Foreign Affairs of the Republic of Azerbaijan Jeyhun Bayramov met with OSCE Secretary General Helga Schmid within the 29th Ministerial Council of the Organization for Security and Co-operation in Europe (OSCE) in Poland's Lodz, the Azerbaijani Foreign Ministry told reporters.

The sides discussed various aspects of the Azerbaijan-OSCE cooperation agenda, current problems within the OSCE, as well as the recent developments in the South Caucasus.

Bayramov updated Schmid on Azerbaijan's peace efforts to normalize relations with Armenia, the negotiation process, the border delimitation state between the two countries, and the de-mining of liberated lands.

The minister pointed out the challenges posed by Armenia to the negotiation process, the gross violation of its obligations, as well as the landmine provocations committed in liberated territories. He also emphasized the need for OSCE support to eliminate the landmine threat and implement projects in a number of other areas.

The officials also addressed other regional and global issues of mutual interest.