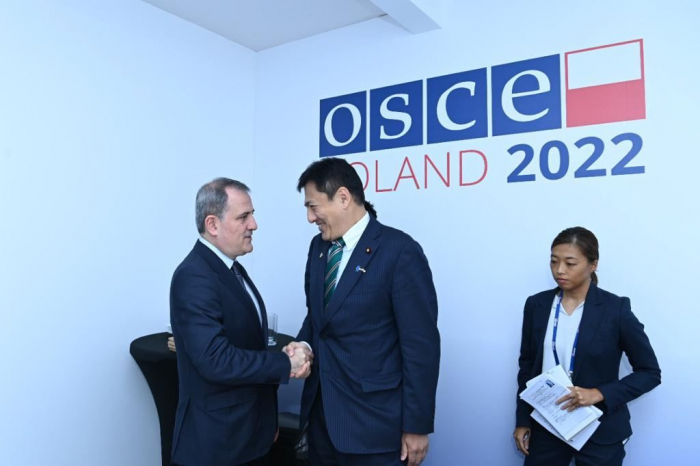 The sides emphasized that this year marks the 30th anniversary of Azerbaijan-Japan diplomatic relations, and despite the geographical distance, the countries managed to establish cooperation based on mutual respect and trust.

The ministers outlined the importance of political consultations and mutual visits and addressed prospects for expanding collaboration in the political, economic, humanitarian, and other fields. In particular, they explored ways of cooperation to increase the renewable energy potential, investing large investors in the Alat Free Economic Zone, and encouraging Japanese companies in creative activities on Azerbaijan's liberated lands.

The officials also exchanged views on possible cooperation within Japan's membership in the UN Security Council in 2023, as well as on global and regional issues.