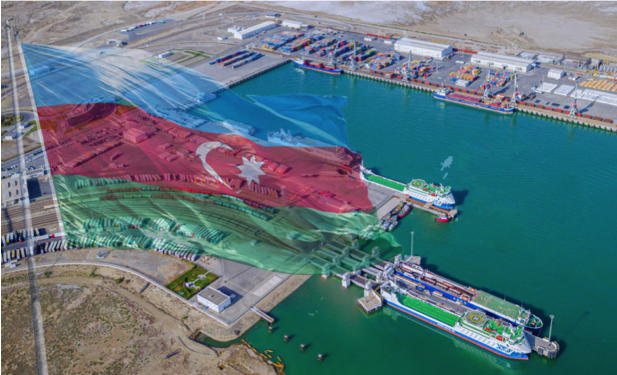 Azerbaijan has set out to develop a world-class port as a significant intermodal logistics hub at the heart of Eurasia. The focus of the Port of Baku is to maximize Azerbaijan’s transit capacity in turning the port into the key trade and logistics hub of Eurasia.

Since the old times, new developments in the Baku International Sea Trade port will serve as a potential hub in the region. It is situated in the Alat settlement, 70 kilometres south of Baku city, where the main railway and highway networks of Azerbaijan converge. Under this port, cargos coming from Asia are able to directly connect to the Baku–Tbilisi–Kars (BTK) Railroad and reach Europe in less than a week. Owing to the great advantages of its location, the new port is becoming the largest transportation and logistics center in the Caspian basin and promises to create favourable conditions for expanding cooperation between the Caspian littoral states while enabling the full operation of north–south and east–west transportation corridors. 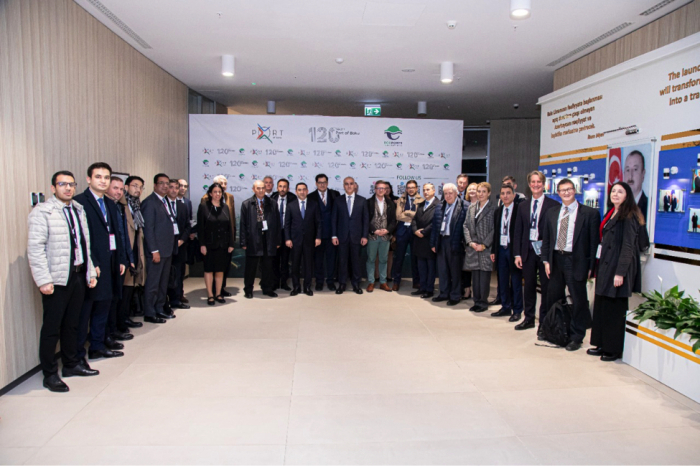 During my recent visit to Port of Baku, Azerbaijan, I discovered many astonishing factors which are highly significant to understand the potential of this connectivity hub. New facilities and equipment offer state-of-the-art warehousing efficiency. In this aspect, 36 cargo handlers/lifting equipment remain on site 24 hours every day. The effective services provided by the government include Storage service, fully managed warehousing, Customs Declaration support, Cargo loading/unloading service, Support cargo services, Assembly/Formation of a product according to the Customer's request, Customer Delivery Service – Macro/Micro Distribution, and Fast turnaround of released goods. 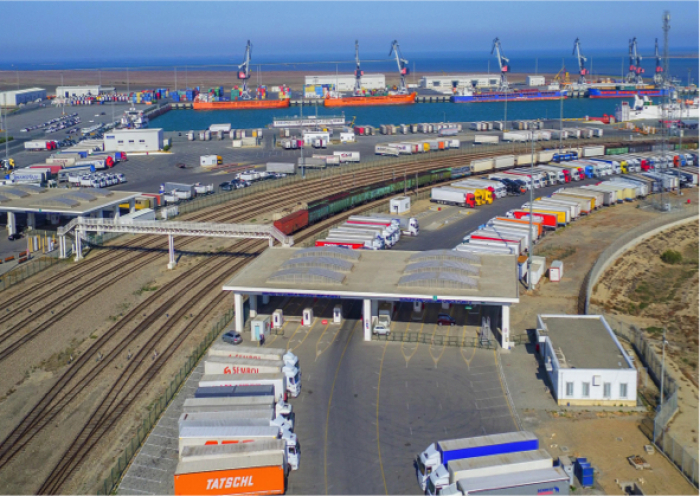 Among the Caspian littoral states, Azerbaijan has the upper hand. First, the country has already established all the necessary infrastructure, such as railways, highways and the port itself. The Port of Baku and the BTK have created the shortest route in an east–west direction that enables cargo coming from China to reach Europe within few days. Under the visionary leader, President Ilham Aliyev, Azerbaijan is becoming a centre of excellence in many areas. Turning liberated regions into digital cities and making them capable of revitalizing trade connectivity have proved to be important steps for formulating a framework. In this regard, the port of Baku holds the following characteristics:

Second, Azerbaijan has an advantage due to its geographical position, which enables it to participate in both north–south and east–west transportation corridors. Third, the future of the Port of Lagan is in question. Compared to the port of Baku, it will require a huge financial flow and a lot of time to build. For all these reasons, the Port of Baku is likely to remain the most advantageous port in the Caspian Sea vis-à-vis connecting all of the regional transport projects. Azerbaijan is surrounded by countries having big markets in terms of both GDP and import capacity. However, the current macroeconomic and geopolitical environment provide consistent export-oriented growth benefits for Azerbaijan (as shown in the figure below). 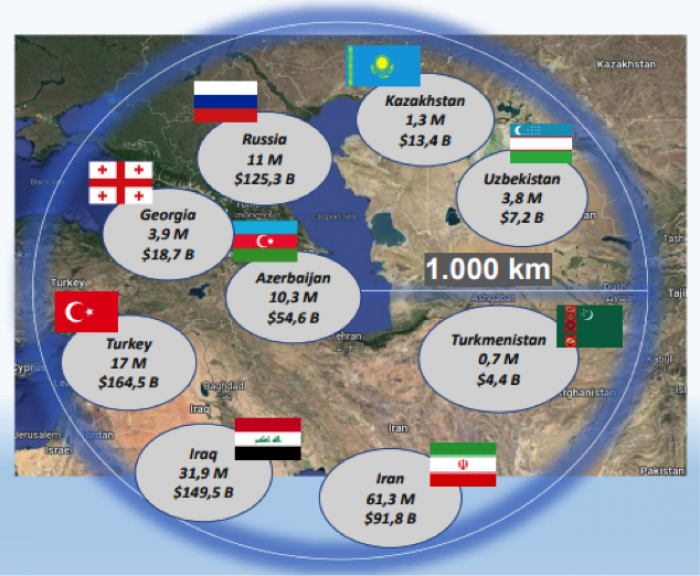 Furthermore, the Port of Baku will be the first Eco-port of the region. The government has set an ambitious goal to reach carbon neutrality by the year 2035. This goal is well ahead of the IMO’s target of reducing shipping’s carbon emissions by at least 50% by mid-century and of the climate goals of many other ports. In this aspect, the climate strategy to achieve carbon neutrality can be followed by setting the following goals:

In a nutshell, it can be easily anticipated that the Port of Baku will be the game-changer for the entire region and countries far beyond. It is evident that these routes will be closely related and even complementary to each other as they hold the potential to have long-term impacts on international trade. Sustainable economic development, social progress, easy financial flow, managing logistics, and modern transport/communication systems are the major attributes of new corridors and projects. Thus, Baku Port will make Azerbaijan a potential Middle corridor, which will allow the nation to experience a golden era again. 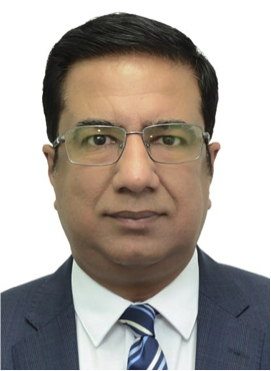 Khalid Taimur Akram is an Executive Director at Pakistan Research Center for a Community with Shared Future (PRCCSF), Islamabad.