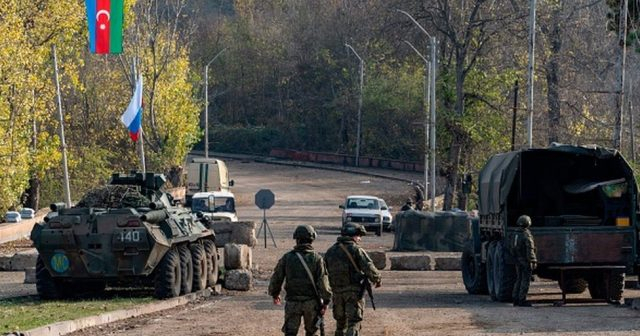 It is regrettable that, despite numerous appeals, the names of Azerbaijani territories are still mentioned with fictitious Armenian toponyms in the official information of the Russian Federation’s peacekeeping contingent, AzVision.az reports citing the press service of Azerbaijan's Defense Ministry.

We reiterate that Azerbaijan officially provided the Ministry of Defense of the Russian Federation, the former and current command of the Russian peacekeeping contingent temporarily stationed in the territory of Azerbaijan, as well as the Turkish-Russian Joint Monitoring Center with a list and map of settlements of the Karabakh economic region of the Republic of Azerbaijan that include names corresponding to Azerbaijani toponyms.

We call on the command of the Russian peacekeeping contingent temporarily deployed in the territory of the Republic of Azerbaijan to mention the names of Azerbaijani settlements in their relevant information with correct toponyms, according to the official documents and maps provided by us.