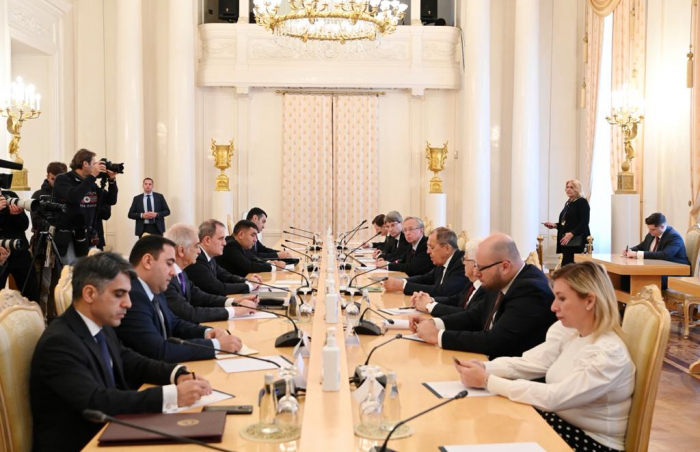 The intensity of negotiations between Azerbaijan and Russia at all levels is evidence of an active dialogue between the two countries, Azerbaijani Foreign Minister Jeyhun Bayramov said at a meeting with his Russian counterpart Sergey Lavrov in Moscow, AzVision.az reports.

Bayramov recalled that this year marks the 30th anniversary of the establishment of diplomatic relations between Azerbaijan and Russia.

“Important topics of today’s discussions will be post-conflict issues, the implementation of trilateral agreements,” he added.