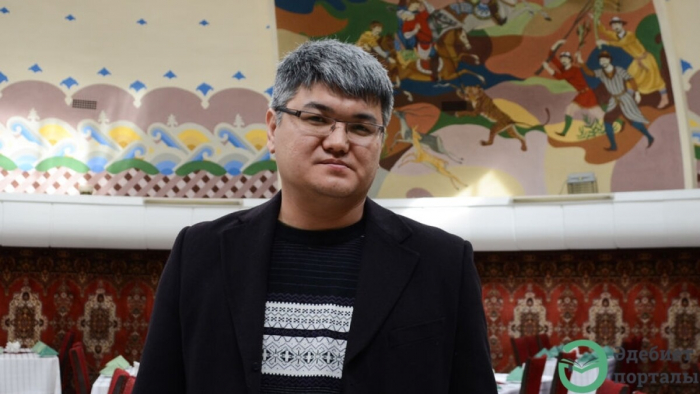 ‘When it comes to Turkic peoples in world history, the most discussed notions are wars, conquests, and Turkic dominance over other peoples in the ancient times and the Middle Ages. Turks are often portrayed as destroyers of civilizations. There have been too many stereotypes. At times even Turkic historians fall into this trap, who emphasize the militancy, strength, and courage of their ancestors.’

AzVision.az talked to Radik Temirgaliyev, historian and a Board Member of the Scientific and Educational Fund ‘Aspandau’. At the same time, he says that war is a very complicated undertaking in terms of organization.

‘Valour of the warriors is indeed an important component, albeit far from being the only one. A victory on the battlefield and conquering a country with impregnable fortresses require a disciplined and trained army, skilful and talented officers and tackling multiple issues of armament, supply, and communications.

Diplomacy should offer support, or neutrality at the very least, of third countries. In other words, only powers with a highly effective public administration can wage wars. Turks have repeatedly demonstrated their ability to build such states across history and other countries have actively dipped into their experience,’ Termigaliyev explains.

The Kazakhstani historian says the political might of the Turkic powers was based on economic prosperity. ‘For example, the heyday of urban culture in Kazakhstan was during the reign of Turkic khaganates. The dramatic prominence of Khwarazm happened in the 11th and 12th centuries as the Turkic dynasty took the reigns in the country. The Golden Horde also introduced the intensive development of urban civilization.

If there were about 80 thousand people living in Constantinople in the mid-15th century, the population grew to 700 thousand as the Ottomans conquered the city and renamed it Istanbul. That is, the Turks did not play the role of barbarians and destroyers in the universal historic arena, but that of creators, who gave a new impetus for the economic development of huge regions. Moreover, it was the Turkic states, who ensured the liaison between the East and the West for millennia.

Political and economic might was the foundation for developing science and culture. It is undeniable that the heritage left by Ahmad Yasawi, Al-Farabi, Mahmud al-Kashgari, Yusuf Balasaguni, Yunus Emre, Ulugh Beg, Alisher Navoi, Nasimi, Fuzuli has left a great imprint on the development of science, philosophy, art and literature of many Asian and European countries. The Turkic fashion which periodically took over many countries from Tang China to Hungary in the Middle Ages also clearly testifies to the influence of Turkic culture.

At the same time, Turkic culture is a part of the global cultural system. Turkic people also relied on the achievements of other civilizations in various fields and used and analyzed the experience of others, which is fine. The flexibility and openness of a culture is an indispensable guarantees for viability. So, trying to respond to anti-Turkic sentiment, one should never resort to the other extreme, which, unfortunately, often takes place.’ Temirgaliyev concluded.