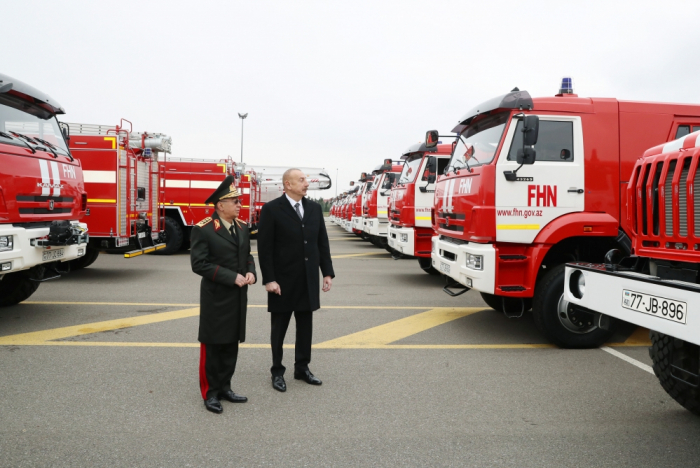 President of the Republic of Azerbaijan Ilham Aliyev has viewed the special purpose equipment, which will be used in the liberated territories, purchased by the Ministry of Emergency Situations and modern ambulances purchased by the State Agency on Mandatory Health Insurance.

Minister of Emergency Situations, Colonel-General Kamaladdin Heydarov reported to the head of state.

President Ilham Aliyev was informed that 100 fire trucks of “KamAZ” brand and 50 special purpose fire engines of “Iveco” brand were purchased by the Ministry of Emergency Situations for fire protection in the liberated territories.

Five “Nissan Patrol”, eleven “Lada Niva Travel” and six “GAZelle” cars were also purchased by the Ministry of Foreign Affairs for the transportation of goods and auxiliary materials in the liberated territories.

The head of state then viewed modern ambulances purchased by the State Agency on Mandatory Health Insurance.

Chairman of the Board of the State Agency on Mandatory Health Insurance Zaur Aliyev informed that since 2020 the agency has purchased a total of 249 ambulances, including 84 “Fiat Doblo”, 131 “Mercedes” and 34 “Ford Transit”. 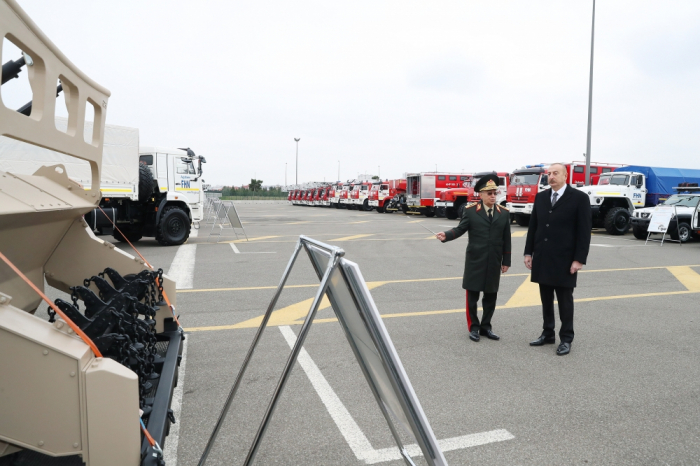 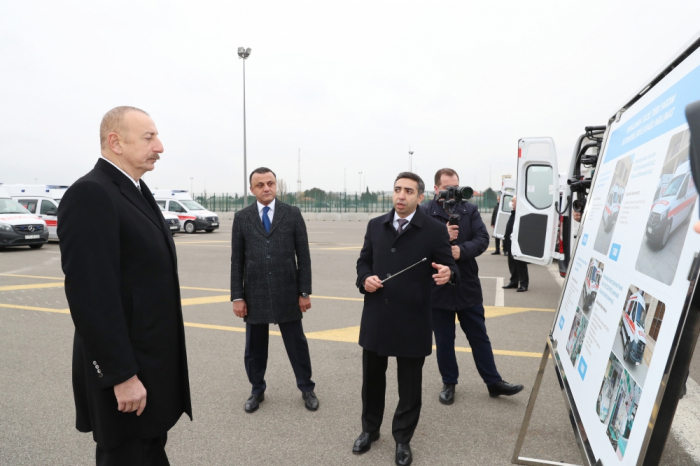