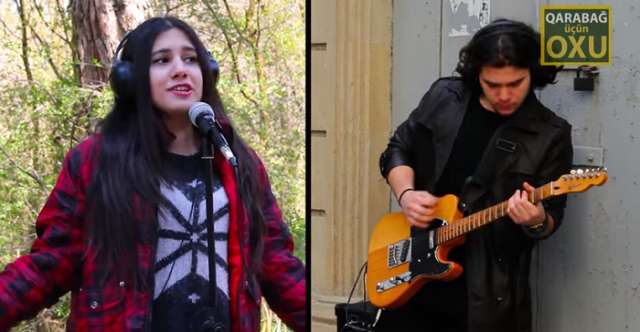 `Qarabağ Üçün Oxu - 2`(`Sing for Karabakh -2`) project is the Azerbaijani version of the famous US `Playing for Change` project.

In this regard, the Azerbaijani version of `Playing For Change` was named as`Qarabağ Üçün Oxu - 2`(`Sing for Karabakh -2`) to bring Karabakh conflict to the forefront. The project is being implemented under the `Let`s unite our voices for Karabakh` slogan.

AzVision.az website initiated to implement the project. Appropriately, the official of the website contacted the project team by e-mail and got approval. Moreover, the e-mail got from the project team reads, they highly evaluate our initiative and are ready to cooperate in the future.

The founder of the `Qarabağ Üçün Oxu - 2`(`Sing for Karabakh -2`) project is Vusal Mammadov and music producer is Ramal Rasul.