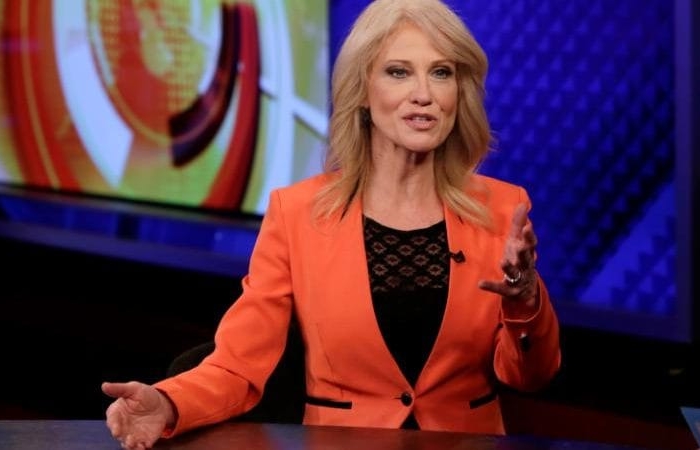 Donald Trump's senior aide Kellyanne Conway has suggested Barack Obama could have monitored the President through a microwave.
When she was asked about Mr Trump's claims in an interview with USA Today, Ms Conway suggested the surveillance may have involved far more than wiretapping.

She said: “What I can say is there are many ways to surveil each other.

She claimed surveillance could be conducted with "microwaves that turn into cameras," and added: “We know this is a fact of modern life.”

The unsubstantiated claim comes after Mr Trump's evidence-free accusation he was wiretapped by Mr Obama during the presidential election, a charge the former president denied.

FBI director James Comey has privately urged the Justice Department to dispute Mr Trump's claim, but has not come forward to do so himself.

A senior congressional aide said the House intelligence committee asked the Trump administration to provide evidence the phones were tapped, a request reinforced by an influential Republican, Senator John McCain.

"I think the president has one of two choices: either retract or to provide the information that the American people deserve, because, if his predecessor violated the law, President Obama violated the law, we have got a serious issue here, to say the least," the Arizona senator said.

Regardless, Mr Trump has asked Congress to investigate.