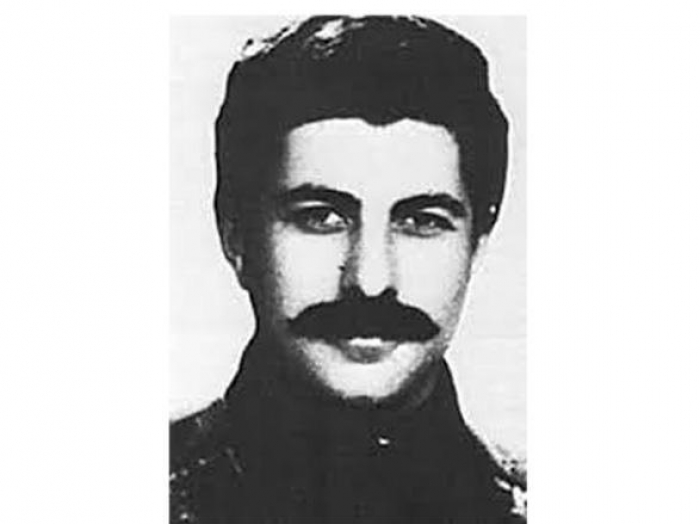 Varoujan Garabedian is a terrorist with infamous ill repute, whom Armenia adopted close to its national heart. So close that he became a national hero.
Garabedian’s Terror Career

Garabedian, a Syrian national of Armenian extraction, was a member of the Armenian militant organization ASALA (Armenian Secret Army for the Liberation of Armenia). On July 15, 1983, at that time 20 years old, and the head of ASALA French branch, Garabedian planted a bomb, hidden inside a suitcase, at the Turkish Airlines check-in desk, at Orly Airport, in Paris, France, south terminal. This was part of ASALA’s global terrorism campaign against Turkey for the recognition of and reparations for the Armenia Genocide by the Turks.

The bomb was made of half a kilo of Semtex explosive, connected to three portable gas bottles. This setup explained the extensive burns on the victims.

The explosion killed eight people and injured 55; three people were killed immediately in the blast and another five died in hospital. Four of the victims were French, two Turkish, one American, and one was Swedish.

At the airport, with $65.00, Garabedian lured a passenger to check the bomb-bag for him, claiming he had too much luggage. Originally, the bomb was intended to explode aboard a Turkish Airways plane while en-route from Paris to Istanbul, Turkey. However, it detonated prematurely on the baggage ramp, thus causing far less loss of life and damage.

When the French police questioned Garabedian, he confessed the bomb was assembled in Villiers-le-Bel, at the home of Ohannes Semerci, an Armenian of Turkish nationality.

On March 3, 1985, Garabedian was found guilty by a jury and was given a life sentence.

In the late 1990s, a petition, signed by over one million people in Armenia, caused the Armenian government and civic leaders, including former and current presidents of Armenia, to appeal to the French authorities to pardon Varoujan Garabedian. Armenia offered asylum to Garabedian upon his release from prison.

On April 23, 2001, after spending 17 years in jail, Garabedian was pardoned by the French Bourges court of appeals and was released on the condition he is to be deported to Armenia.

There, in Armenia, Garabedian was made a hero.

Robert Nazaryan, the mayor of Yerevan city, pledged to provide Garabedian with employment and accommodation. In Yerevan, Garabedian met with then Prime Minister Andranik Margaryan, who was pleased and expressed happiness for his release.

ASALA was founded in January 20, 1975 by several diaspora Armenians. Through targeted assassinations of Turkish diplomats, ASALA sought to secure the international community’s recognition of the Armenian genocide, in the early 20th century, and to demand the return of ‘Western Armenia’ from Turkey.

The founder of ASALA was Hagop Hagopian from Mosul, Iraq, who, in 1968, became active in the terrorist Palestinian Liberation Organization (PLO). Many ASALA terrorists were also trained in PLO camps in Lebanon.

Throughout 1975-84 ASALA assassinated 41 Turkish diplomats or officials, both in Turkey and abroad. Many of its members were captured and imprisoned in countries where they had committed terrorist acts; of these, several were sentenced to death, while others died in clashes with police forces or of targeted assassinations by intelligence services. After 1997, ASALA ceased to exist as an organization. Its members continued reminding Armenians of their existence in various actions.

When Armenia invaded Azerbaijan in 1992, one of the main perpetrators of the Khojaly Massacre committed by Armenian troops against Azerbaijani civilians, was Monte Melkonian. Melkonian was an Armenian terrorist from California, a UC Berkeley graduate.

A passage from the book, written by Markar, Melkonian’s elder brother, tells us, “At about 11:00 p.m. the night before, some 2,000 Armenian fighters had advanced through the high grass on three sides of Khojalu, forcing the residents out through the open side to the east. By the morning of February 26, the refugees had made it to the eastern cusp of Mountainous Karabagh and had begun working their way downhill, toward safety in the Azeri city of Agdam, about six miles away. There, in the hillocks and within sight of safety, Mountainous Karabagh soldiers had chased them down. ‘They just shot and shot,’ a refugee woman, Raisa Aslanova, testified to a human Rights Watch investigator. The Arabo fighters had then unsheathed the knives they had carried on their hips for so long, and began stabbing. Now, the only sound was the wind whistling through dry grass, a wind that was too early yet to blow away the stench of corpses. Monte crunched over the grass where women and girls lay scattered like broken dolls.”

The massacre of 613 Azerbaijani civilians, including almost 250 children, women and elderly, was later condemned by Human Rights Watch.

In 2016, amidst significant fanfare, attended by Armenia’s president, government ministers, ruling party leaders and members of parliament a statue was unveiled in Yerevan, Armenia’s capital city. The statue was of Garegin Nzhdeh, an Armenian nationalist, a revolutionary fighter, a war hero and Nazi collaborator. 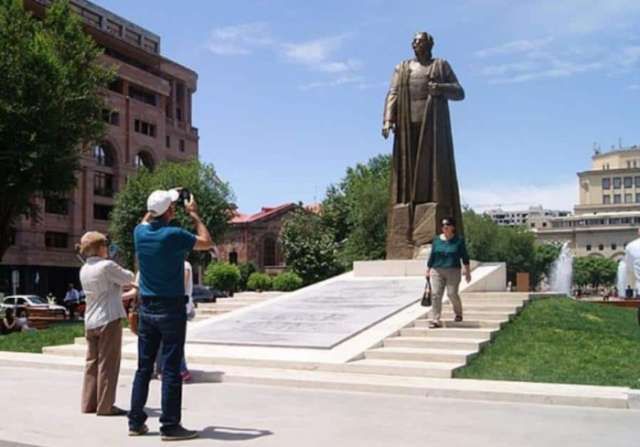 During World War II, Nzhdeh founded the infamous Armenian Legion, of approximately 30,000 men, and made them available to the Nazi command’s atrocities. The Armenian Legion, as part of the German Wehrmacht, fought in the Crimean peninsula and in the Caucasus, as well as in southern France, actively assisted the Nazis by rounding up Jews and other ‘undesirables’ by the Nazis, as well as organized death marches of Jews to ghastly concentration camps.

Beyond the appalling erected statue, a square and metro station in Yerevan are also named after this Nazi war criminal, and his “legacy” is taught to children in Armenian schools. It is taught that he fought for the country, and any sins he committed are ultimately inconsequential, or worse, justified! It goes as far as Eduard Sharmazanov, Armenia’s Parliament Deputy Speaker, called Nzhdeh “a national hero,” a “patriot” who “fought for Armenian independence.”

Until today, it is a great worry that the Nazi Nzhdeh is heralded as a great Armenian hero, even by the Armenian President. For a government that asks the world to recognize the genocide of their own people, celebrating Nazi war criminals should be an oxymoron. Moreover, a country that constantly whitewashes and lies about its invasion of Azerbaijan’s sovereign land and murdering hundreds of women, children and elderly in the process, for some weak ethnic claim, it is, by far, a double standard.

The Anti-Defamation League (ADL) found that 1.3 million out of 2.2 million adults in Armenia hold anti-Semitic beliefs, making Armenia the second most anti-Semitic country in Europe.

When summing up Armenia’s record of formal collaboration with the worst of humanity and its support of terrorists, terrorism and Nazis, how can the world keep silent in the wake of its two decades long belligerent and illegal occupation of 20% of Azerbaijan’s rightful land? And why the world is not up in arms to solve this injustice against peace-seeking Azerbaijan?

The original article was published in NewsBlaze.com.