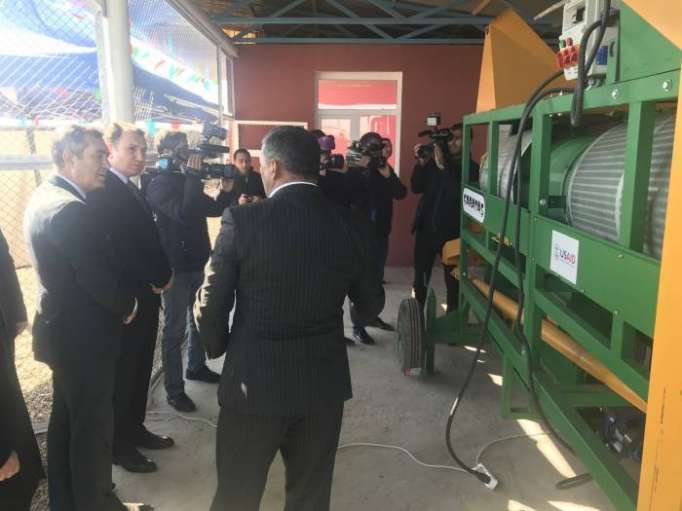 An opening ceremony of a feed processing enterprise was held in Jojug Marjanli village of Azerbaijan’s Jabrayil district, the Azerbaijani Ministry of Economy said in a message.

According to the message, the enterprise was built within the "Social and Economic Development" project, jointly financed by the US Agency for International Development (USAID) and the Azerbaijani government, Trend reports.

Delivering speech at the opening ceremony, Azerbaijani Deputy Minister of Economy Sahib Mammadov said the implementation of various business projects in Jojug Marjanli village, in particular, the establishment of a feed processing enterprise, will contribute to the social and economic development of the village and ensure employment.

On June 15, 2017, Azerbaijani President Ilham Aliyev signed a decree on measures to continue the reconstruction work in Jojug Marjanli village of the Jabrayil district.