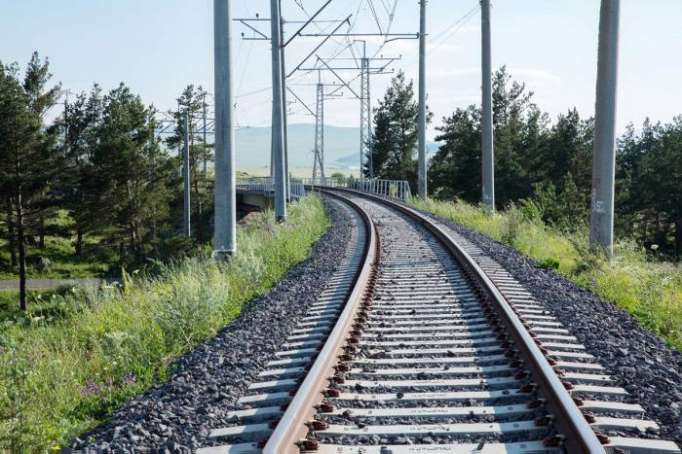 "Azerbaijani Railways" CJSC Company has started the next phase of work in the framework of the overhaul of the railway on the route of the international corridor "North-South", says the message of the press service of the company on May 1.

The message says, currently, the Garaguna – Shirvan - Sortirovochnaya section with length of 6.7 km is under overhaul.

"The overhaul of the railway section of Alat – Osmanli – Astara in the framework of the "North-South" project kicked off on March 18, and implementation of the work on the 40 kilometers’ section of railway track has been envisaged at the first phase," said the message.

"Demiryolservis" LLC Company, acting as a contractor for this work, has repaired the 4.1 km of railway tracks at the Shirvan-Glavnaya station and along the Shirvan - Sortirovochnaya - Shirvan section.

"The last time the overhaul on this section was carried out in 1968. The need of repair appeared in accordance with long-term railway projects. Taking into account the growth of traffic in the near future, the implemented work is of great importance," said the message.

The North-South transport corridor is designed to connect Northern Europe with Southeast Asia, including the railways of Azerbaijan, Iran and Russia.

This transport corridor will connect the port of St. Petersburg with the Iranian ports of Bandar Abbas and Chabahar in the Gulf of Oman, through which the sea route reaches the Indian port of Mumbai.

Thus, Indian manufacturers selling goods in Europe, receive significant savings on transport costs, as well as reduce the time of delivery of goods to the customer from 35 to 17 days, that is, twice. Thus, Delhi gains some advantage over European exports of its geopolitical rival - China.