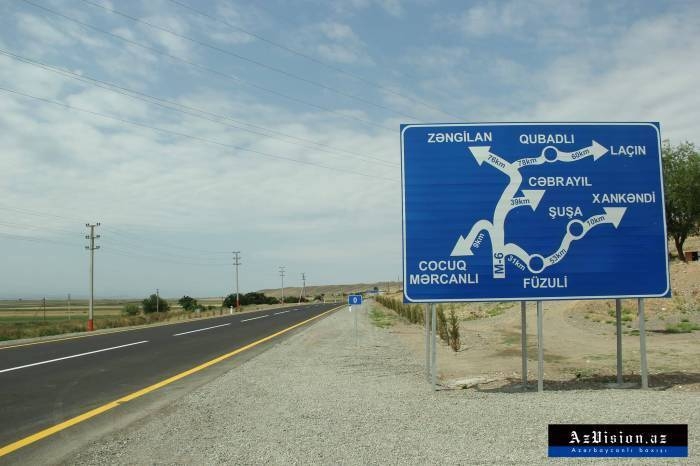 Nestled deep inside the Aras River valley on Azerbaijan's border with Iran, the village of Jojug Marjanli is in the midst of a construction boom, said in an article posted on Al-Jazeera.

"During the past year, houses have popped up alongside schools, sports facilities and a newly constructed mosque - and more are being built.

Fuelled by the country's ample gas and oil reserves, infrastructure and housing projects are a common sight across Azerbaijan, but what makes Jojug Marjanli's regeneration important is its location.

The village touches the no-man's land that separates the Azerbaijani military from territory occupied by Armenian separatists and was previously uninhabitable due to the conflict.

As the Armenians hold positions just a few kilometres from the village, the regeneration would be visible to Armenian troops stationed there.

"Of course, they (Armenians) can see us," Ali Aliyev, the head of the neighbouring Fizuli region, told Al Jazeera.

"Of course, they are jealous".

He went on to assert that the investment in the region was "for the people", said the article. 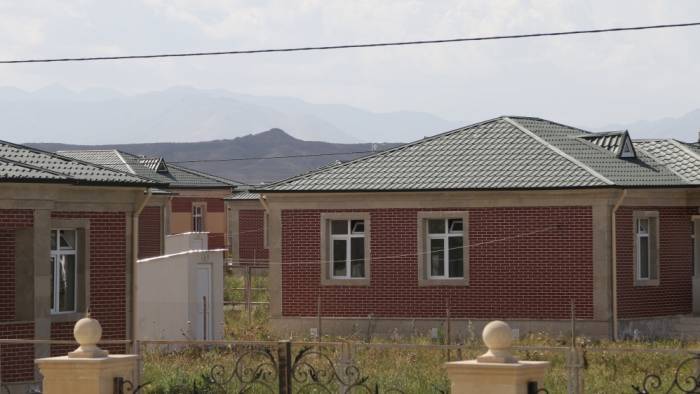 "Around 20 percent of Azerbaijani territory is currently occupied by the self-declared "Republic of Artsakh", which is economically and militarily backed by Armenia.

The territory includes not only the Nagorno-Karabakh district, but also large parts of seven surrounding Azerbaijani districts, including Kalbajar, Lachin, Qubadli, Jabrayil, Zangilan, Agdam, and Fizuli," mentioned the author.

"It was the Azerbaijanis who bore the brunt of the losses in terms of lives lost, population displaced and land lost," added the author.

"For more than two decades, the displaced have held onto the hope of returning to their homes and land in the territory now held by separatists.

None had managed to do so until April 2016, when Azerbaijani troops pushed Armenian forces back during a four-day war, which saw about 20sq km of territory fall back under Azerbaijani government control.

Jojug Marjanli was fully recaptured by Azerbaijani soldiers during the war.

The conflict was the deadliest confrontation between the two sides since a ceasefire in 1994, killing hundreds of soldiers and civilians on each side," added the author.

"For the first time in more than two decades, a small number Azerbaijanis were able to return to territory once held by the Armenians, and it was the first time the lines of control had shifted since 1994.

Oktay Haziyev fled Jorjug Marjanli in 1993 when he was a teenager, with Armenian forces advancing just a few hundred metres away.

"It's a good feeling, we've got land back which we lost a long time ago," he told Al Jazeera in the courtyard of the newly constructed mosque.

"The land where you grow up always stays with you, so when we got it back, I came back here."

About few miles north of Jojug Marjanli is a cemetery surrounded by dandelion fields and the ruins of Ashagi Abdurahmanli, in Fizuli district, a village that was destroyed by shelling during the 1990s.

Clashes often turn deadly, with casualties on both sides.

An Azerbaijani toddler and her grandmother were killed when Armenian forces shelled the nearby village of Alkhanli in July 2017.

The local Azerbaijani military commander, Major Tahir Qulamov, told Al Jazeera for many of his troops, the conflict had a personal aspect.

"Many of the soldiers here are displaced people," he said standing beside gravestones pockmarked by bullet holes.

"Every soldier who sees these graves is waiting for the order to go get our lands back." 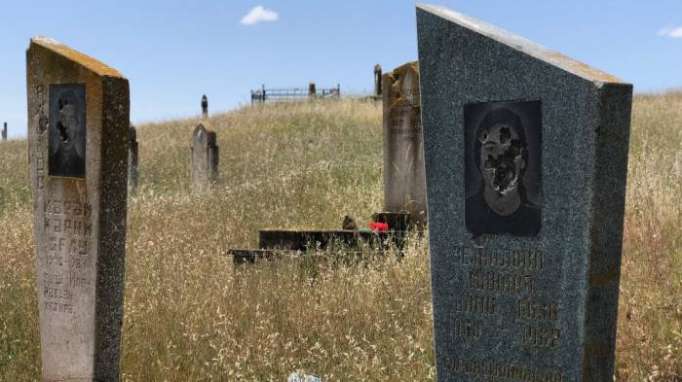 While the grievance of having their land and homes taken motivates many of the soldiers, military commanders were further buoyed by their performance in the 2016 conflict.

The clashes are considered a victory in no uncertain terms and there is a belief that unlike in the early 1990s, the Azerbaijanis hold the advantage of military strength over the Armenian side.

Azerbaijani military expenditure has gone from $13.8m in 1994 to peaking at just over $3bn in 2015, according to World Bank data.

The country's oil and gas wealth has allowed it to bankroll the purchase of state-of-the-art arms from the US, Russia, Turkey and Israel.

"We gave the Armenians a good response in 2016," said Qulamov, further warning that in any future conflict his military would continue until they had recaptured all of the occupied territory.

"Of course, I want to get our lands back by peace, but if not peace, then war."

The government has spent considerable sums improving living conditions for the displaced, including the construction of new housing blocks to replace the makeshift dwellings that sprung up in the 1990s.

Officials estimate that 350,000 of the 1.2 million IDPs and refugees have been rehoused in such facilities," reads the article.

Read the original article on aljazeera.com.