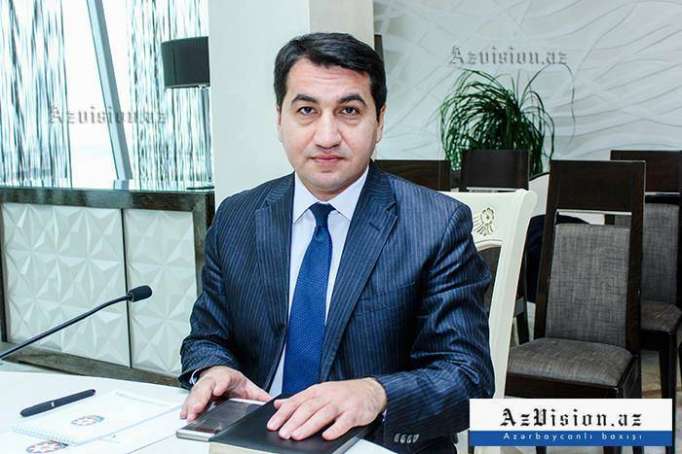 Hikmat Hajiyev, a spokesperson of Azerbaijan’s Ministry of Foreign Affairs, has issued a statement in connection with 20 June World Refugee Day.

“Every Year 20th June is marked as the World Refugee Day by the United Nations. As stated by UN Secretary-General Antonio Guterres at the 72nd Session of the General Assembly, “refugees, internally displaced persons and migrants are not the problem; the problem lies in conflict, persecution and hopeless poverty”.

Along with the plight of refugees and migrants, millions of internally displaced men, women and children are made extremely vulnerable by conflicts and who still find themselves in protracted situations in different corners of the globe.

UNHCR reported the total number of IDPs has reached 41 million all over the world, the highest figure on record.

As result of Armenia’s military aggression and occupation, Azerbaijan has one of the largest internally displaced population per capita in the world. Armenia, in blatant violation of international law and the Charter of the United Nations, unleashed a war against Azerbaijan and occupied Nagorno-Karabakh and seven adjacent regions of Azerbaijan and conducted ethnic cleansing against more than million Azerbaijanis in seized lands and in the territory of Armenia. Currently, the number of IDPs and refugees exceeds 1.2 million as a result of the increase in the displaced population.

Until the ultimate solution to the IDPs’ displacement is accomplished, Government of Azerbaijan continues to take all necessary measures to improve living conditions of IDPs. During last twenty years, about 6 billion USD was invested, which has resulted in significant decrease in poverty and unemployment among IDPs. Till now, more than 250,000 IDPs were provided with new houses and flats. However, the above-mentioned measures are not viewed as a permanent local integration, since the voluntary return to places of origin in security and dignity is regarded by IDPs themselves as the only preferable option. Reconstruction of Jojug Marjanli village of occupied Jabrayil region of Azerbaijan and guaranteeing a return of inhabitants in safety and dignity is a vivid example of Azerbaijan’s determination and unique and successful post-conflict rehabilitation project in terms of addressing IDP problem.

The Government of Azerbaijan has developed a comprehensive repatriation program called the “Great Return” to enable the IDPs to exercise their right to return to their homes voluntarily, in security and dignity and to access their properties, as soon as Armenia withdraws its troops from the occupied territories of Azerbaijan.

The policy pursued by Armenia aimed at resettling Armenians from Syria on the occupied lands of Azerbaijan in a grave breach of the international humanitarian law, in particular, the 1949 Fourth Geneva Convention and Additional Protocols is a vivid example to the attempts of misuse of human suffering for illegal purposes.

European Court of Human Rights in its judgment on the case of Chiragov and others v. Armenia affirmed the right of displaced persons to return to their homes and called for respecting international humanitarian law and human rights law provisions relating to property rights issues. The court stressed the ongoing negotiations within the OSCE Minsk Group do not provide a legal justification for the interference with the rights of the Azerbaijani IDPs and recalled Armenia’s obligations towards Azerbaijanis who had to flee during the conflict. Consequently, the court’s ruling highlights the unlawfulness of any purported transfer of property in the occupied territories.

The only solution of the problems of IDPs is the return to their homes in security and dignity.

Based on the demands of the UN Security Council Resolutions Armenia must withdraw its troops from the occupied territories of Azerbaijan and consequently, return of Azerbaijani IDPs to their homes and their access to their properties has to be provided. Only under such condition, the durable solution of conflict and insurance of peace and stability in the region is possible.”