Lock of Napoleon's hair up for auction 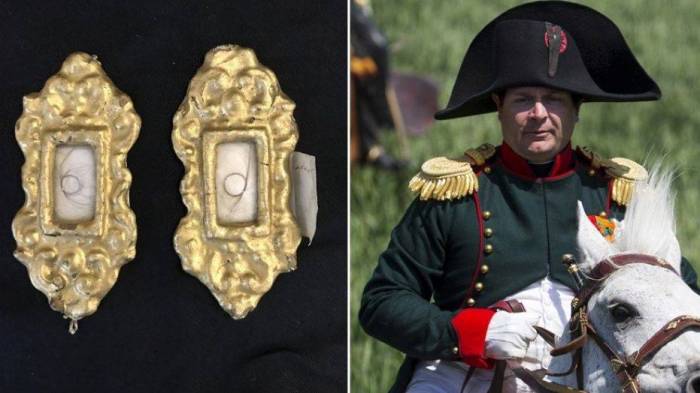 A host of historic artifacts, including a lock of Napoleon’s hair, will be up for auction in the U.K. on Saturday.

The unusual object is in an early 19th-century composite locket frame with a lock of hair from Napoleon’s wife, Empress Josephine. “These are remarkable history,” auctioneer Andrew Aldridge of Henry Aldridge & Son told Fox News.

A manuscript note accompanying the locket frame states: “The Emperor Napoleon's hair cut off after his death given to the Countess of Ranfurly by Madame La Croix housekeeper to the Empress Josephine from the time when she was Madame De Beauharnais to her death.”

Josephine de Beauharnais was Napoleon’s first wife and Empress of the French from 1804 until her divorce from Napoleon in 1810.

Napoleon is one of the key figures in European history and remains a source of fascination to collectors. An extremely rare ‘bicorne,’ or 2-pointed hat, that was worn by the French leader at the Battle of Waterloo was recently sold at auction in France for $325,000.

The locket frame containing the locks of hair is part of an eclectic set of artifacts amassed by the late collector David Gainsborough-Roberts. Another item of from his collection up for auction on Saturday is a fragment of cloth reputed to come from the flag of HMS Victory, the flagship of Napoleon’s nemesis Admiral Nelson. The lot has a pre-sale estimate of $1,275 to $1,913.