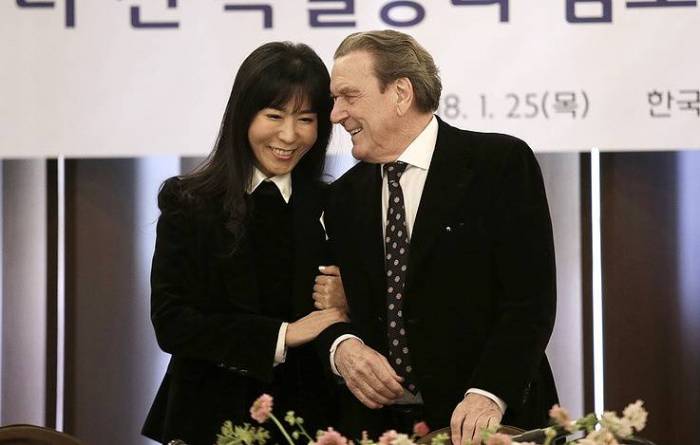 "Putin may soon make another visit to Germany, this time a private one. Rumors are circulating in Berlin that in October, he may attend the wedding of his friend Gerhard Schroeder," the Bild said. According to some reports, the wedding ceremony is going to take place at Berlin’s Adlon luxury hotel on October 5.

Bild added that "in mid-September, Russian Foreign Minister [Sergey] Lavrov is expected to visit Berlin." However, German authorities have not yet confirmed the visit.

On Saturday, Putin attended the wedding of Austrian Foreign Minister Karin Kneissl and businessman Wolfgang Meilinger while on his way to Berlin for talks with German Chancellor Angela Merkel. According to Russian Presidential Spokesman Dmitry Peskov, Putin presented the newlyweds with a painting of village life, an antique oil press and a Russian samovar. He also made a speech in German, toasting the bride and