Saudi Arabia says will retaliate against any sanctions over Khashoggi case 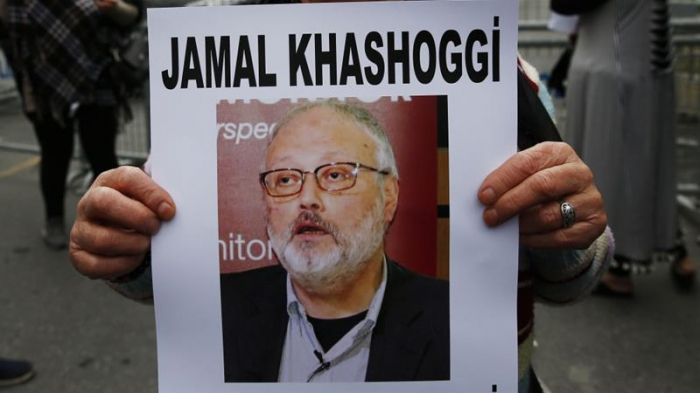 Khashoggi, a U.S. resident and Washington Post columnist critical of Riyadh’s policies, disappeared on Oct. 2 after entering the Saudi consulate in Istanbul. Turkey believes he was murdered and his body removed. Saudi Arabia has denied that.

U.S. President Donald Trump has threatened “severe punishment” if it turns out Khashoggi was killed in the consulate, though he said Washington would be “punishing” itself if it halted military sales to Riyadh.

“The Kingdom affirms its total rejection of any threats and attempts to undermine it, whether by threatening to impose economic sanctions, using political pressures, or repeating false accusations,” the official Saudi Press Agency (SPA) quoted an unnamed official as saying.

“The Kingdom also affirms that if it receives any action, it will respond with greater action, and that the Kingdom’s economy has an influential and vital role in the global economy,” the official added, without elaborating.

The Saudi Embassy in Washington later tweeted what it called a clarification, thanking countries including the United States “for refraining from jumping to conclusions” over the case.

In a sign Saudi King Salman bin Abdulaziz Al Saud may seek a diplomatic solution to the incident, he stressed the strength of Saudi-Turkish ties in a telephone call with President Tayyip Erdogan of Turkey, the Saudi press agency said late on Sunday.

The king thanked Erdogan for welcoming a Saudi proposal to form a joint working group to discuss Khashoggi’s disappearance and said no one could undermine their relationship.

Europe’s largest economies — Britain, France and Germany — said on Sunday they were treating the case with “the utmost seriousness”.

“There needs to be a credible investigation to establish the truth about what happened, and - if relevant - to identify those bearing responsibility for the disappearance of Jamal Khashoggi, and ensure that they are held to account,” the countries said in a joint statement.

“We encourage joint Saudi-Turkish efforts in that regard, and expect the Saudi Government to provide a complete and detailed response. We have conveyed this message directly to the Saudi authorities.”

The statement, by Britain’s Jeremy Hunt, France’s Jean-Yves Le Drian and Germany’s Heiko Maas, made no mention of potential actions the countries might take. Hunt later said that if Saudi Arabia were proven to be guilty, “we would have to think about the appropriate way to react in that situation.”

“It would lead to Saudi Arabia’s failure to commit to producing 7.5 million barrels. If the price of oil reaching $80 angered President Trump, no one should rule out the price jumping to $100, or $200, or even double that figure,” he wrote.

Investor concern is growing that Khashoggi’s disappearance could add to a sense that Saudi policy has become more unpredictable under Crown Prince Mohammed bin Salman, who is pushing social and economic reforms but has also presided over a rise in tensions between with several countries.

A Gulf banker said the Khashoggi case, combined with other events, had become a significant factor for some potential investors.

“It’s cumulative – the Yemen war, the dispute with Qatar, the tensions with Canada and Germany, the arrests of women activists. They add up to an impression of impulsive policy-making, and that worries investors,” the banker said.

Foreign capital is key to Saudi plans for economic diversification and job creation.

But in response to Khashoggi’s disappearance, media organizations and a growing number of executives have pulled out of a Riyadh investment conference scheduled for next week, dubbed “Davos in the Desert.”

JP Morgan Chase and Ford did not comment on whether the decision was related to concerns about the disappearance of Khashoggi.

U.S. Treasury Secretary Steve Mnuchin still plans to attend the conference, but that could change, Larry Kudlow, director of the White House National Economic Council, said on ABC’s “This Week”.