Saudi currency at weakest in two years on Khashoggi case 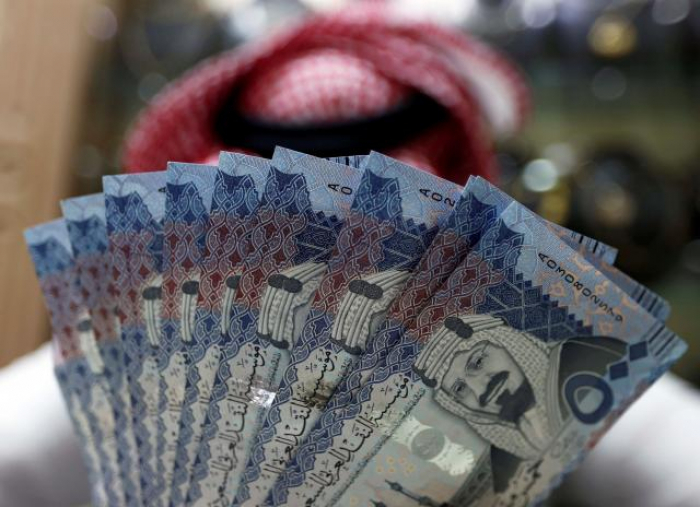 Saudi Arabia’s currency fell to its lowest level in two years and its international bond prices slipped on Monday over fears that foreign investment inflows could shrink as Riyadh faces pressure over the disappearance of journalist Jamal Khashoggi.

Trade in the forward currency market, used by banks to hedge investments, suggested some institutions were protecting themselves against the risk of capital outflows or U.S. sanctions on Riyadh after the disappearance of Khashoggi, a prominent critic of Saudi authorities, in Istanbul.

But the market moves were smaller than some bouts of instability in the last several years, indicating investors were not as panicked by the Khashoggi case as they were by a plunge of oil prices that began in 2014.

U.S. President Donald Trump threatened “severe punishment” for Riyadh if it turned out that Khashoggi was killed in the Saudi consulate in Instanbul, as Turkish officials allege. Saudi Arabia has denied this and on Sunday warned it would counter any sanctions with greater ones of its own.

Oil prices moved only slightly on Monday as analysts said they doubted Saudi Arabia, the word’s biggest exporter of crude, would risk international isolation and damage its own finances by cutting back exports at a time when it is pushing through reforms designed to create jobs and diversify its economy.

But Krisjanis Krustins, director in the Middle East and Africa team at credit ratings agency Fitch, said the affair could hurt some parts of the reform program.

“If there is any lasting change in investor willingness to engage with Saudi Arabia, it could lead to slower and less complete implementation of some Vision 2030 initiatives, and greater need for Saudi Arabia to use debt and internal resources to finance them,” he said.

WEAK PRIVATE SECTOR
The riyal SAR= was quoted at 3.7524 to the U.S. dollar in the spot market early on Monday, its weakest rate since September 2016, Refinitiv data showed.

In the forwards market, the dollar rose on Monday as high as 100 points against the riyal, a nine-month high, from 54 points on Friday. In 2016, it briefly rose above 1,000 points.

Krustins and other analysts noted that foreign investment flows into Saudi Arabia were already very low because of a weak private sector and uncertainty over regulation; this could limit the impact of any reduction of flows.

Media organizations and a growing number of executives, including JP Morgan Chase & Co chief executive Jamie Dimon, have pulled out of a major Riyadh investment conference scheduled for next week, dubbed “Davos in the Desert”.

The Saudi stock market had tumbled 7.2 percent over the previous two trading days because of the Khashoggi case, but it rebounded 2.0 percent on Monday.

Traders said some institutional investors, including foreign ones, were buying stocks at the lows, believing Saudi Arabia’s fundamental economic situation was unlikely to change much.

But many bankers and analysts said the Khashoggi case had fueled perceptions of political risk in Saudi Arabia because it was the latest in a series of unexpected incidents over the past three years.

During this period Saudi Arabia has launched a war in Yemen, imposed an embargo on Qatar, arrested dozens of top officials and businessmen in a corruption purge, detained women’s rights activists and seen tensions with Canada and Germany rise.