Why can’t you tickle yourself? - iWONDER 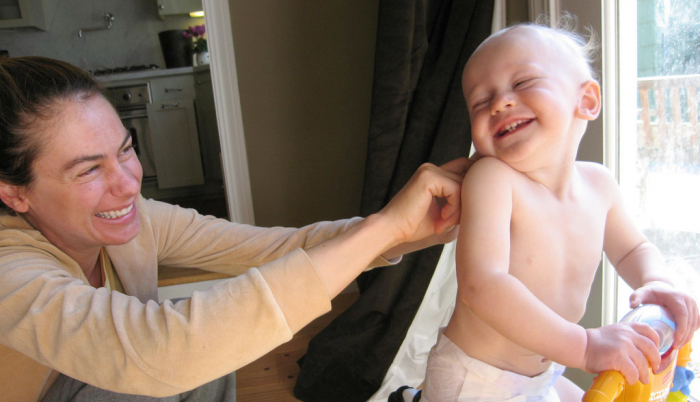 At some point in your life you’ve probably been tickled—repeatedly touched in a way that induced smiling, laughter, and involuntary movements.

Ticklishness can occur in many places on the body, but the most common are the ribcage, the armpit, and the sole of the foot. Tickling usually occurs in the context of intimate relationships: parents tickle their babies and small children; siblings, romantic partners, and close friends sometimes tickle each other. Some people seem to be more ticklish than others. One of the strangest things about tickling is that it’s pretty much impossible for a person to tickle himself or herself. If someone else can make you laugh and twitch by poking you in the ribcage, shouldn’t you be able to do the same thing to yourself?

The reason you can’t tickle yourself is that when you move a part of your own body, a part of your brain monitors the movement and anticipates the sensations that it will cause. That’s why, for example, you don’t really notice if your arm rubs against your side when you walk, but you would be startled if somebody else touched you in a similar way. If our brains didn’t have the ability to keep track of our own body movements and the sensations they cause, we would constantly feel as though we were being brushed, poked, and prodded, and it would be hard to devote our attention to anything else. Self-tickling is an extreme example of this phenomenon. Your brain knows that the fingers poking you in the ribcage are your own fingers, so it dials down the sensory response.

How did we figure this out? Scientists at University College London began by using functional brain imaging to compare how people responded to self-tickling and tickling by another person. They found that the somatosensory cortex—the parts of the brain responsible for body sensations—had a lower response to self-tickling than to external tickling. They also observed activity suggesting that the cerebellum monitors movements and sends signals to suppress the somatosensory response when a touch is self-generated.